Earlier this year, people, I informed you about the production of a period love story BELLE which will tell the true story of Dido Elizabeth Belle Lindsay (played by Gugu Mbatha Raw), a mixed race girl

raised as an aristocratic lady in 18th Century who fell in love with a man of high social standing. All of this happens in the backdrop of a legal case that helped end slavery in England. Originally the lead male role went to Sam Claflin, but since he opted for another project, the role will now go to Sam Reid, according to "Deadline". You remember, handsome young Brit from Roland Emmerich's ANONYMOUS, which was also a period film, but Sam seems to like those since he also starred in History Channel's saga HATFIELDS AND MCCOYS, and will also appear in other two historical projects: THE RAILWAY MAN next to Colin Firth, Nicole Kidman and Jeremy Irvine, and in SERENA next to Bradley Cooper and Jennifer Lawrence. BELLE will have a stellar cast including Tom Wilkinson, Miranda Richardson, Matthew Goode, Emily Watson and Tom Felton.


WHITE VENGEANCE
Do you remember John Woo's RED CLIFF epic from a few years ago? Well, currently out at US dvd market is WHITE VENGEANCE which 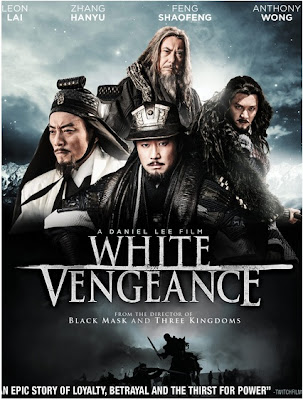 sort of continues the story of the RED CLIFF. Daniel Lee's (14 BLADES, THREE KINGDOMS) film follows two brothers contending for supremacy during the fall of the Qin Dynasty, which ruled Imperial China from 221 to 206 BC. As rebels rose, the nation fell into chaos. Liu Bang (Leon Lai) and Xiang Yu (Feng Shaofeng), became leaders of the rebellious army, and also became sworn brothers in battle. Xiang Yu and Liu Bang are close friends who both serve King Huai of Chu. King Huai 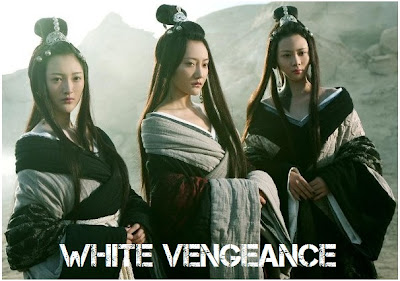 uses a plot, saying that whoever can subvert the Qin kingdom in Guanzhong would be the Lord Qin, in order to benefit from the competition between Xiang Yu and Liu Bang. Xiang Yu is over-confident. He fights against the main force of Qin army, and 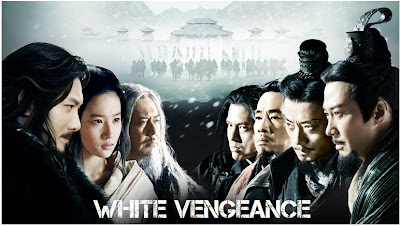 entrusts Liu Bang with Yu Ji (Liu Yifei), the woman he loves. Liu Bang expresses his love to Yu Ji and takes the chance to invade Guanzhong first when most of Qin army is outside fighting against Xiang Yu's army. 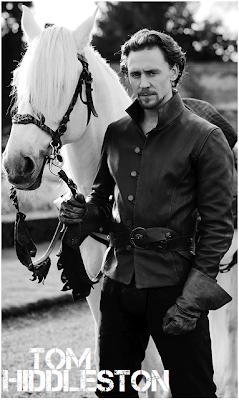 tweet ("Lord in Heaven Bless Thee" were his exact sweet words :) and also retweeted one of the stories in which we highlighted him sending thousands of his dear fans flocking to HOLLYWOOD SPY. Big thanks to Hiddleston and to his brilliant fans also known as Hiddlestoners :) As you know, you've seen Hiddleston as Loki in THOR and in AVENGERS, as Henry V in BBC saga THE HOLLOW CROWN, and in Spielberg's WAR HORSE. Next year we shall watch him in BLACK WINGS HAS MY ANGEL as an ex-con who looks to pull off an armed car robbery, aided by a call girl whom he met in a backwoods Mississippi motel. He will also play in Jim Jarmusch film ONLY LOVERS LEFT ALIVE which centres on two vampires who have been in love for centuries.
Posted by DEZMOND at 12:00 AM