It's a dry period in movie news world, people, so today you only get two trailers, but it's interesting that they have similar titles: I don't think we've ever had any "atlas" films and now we're getting two: CLOUD ATLAS and ATLAS SHRUGGED. Both are fantasy flicks.


ATLAS SHRUGGED II
Well, this is apparently a sequel, although, I must admit, I've never before heard of the first one, but my research shows it was a major flop at the box office 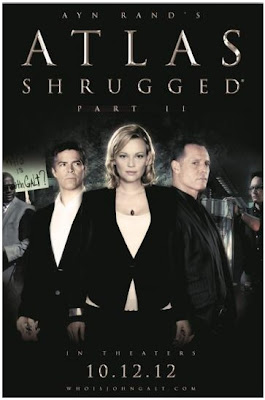 (it earned less than 5 million, while the budget of this one is $10 million, go figure). Anyhow, ATLAS SHRUGGED: PART II, which is to be released sometime later this year and is based on Ayn Rand's book, is set in a world in which the global economy is on the brink of collapse. Unemployment tops 24%. Gas is $42 per gallon. Railroads are the main transportation. Brilliant creators, from artists to industrialists, are mysteriously disappearing. Dagny Taggart, COO of Taggart Transcontinental, has discovered an answer to the mounting energy crisis - a prototype of a motor that draws energy from static electricity. 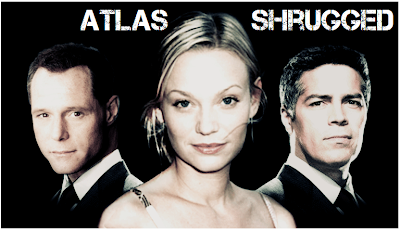 But, until she finds its creator, it's useless. It's a race against time. And someone is watching. The cast includes a few forgotten stars from the previous decades - Samantha Mathis and D.B. Sweeney.


CLOUD ATLAS TRAILER
Earlier this summer I've shown you a rather long, international trailer for the new sweeping sf film CLOUD ATLAS from the creators of 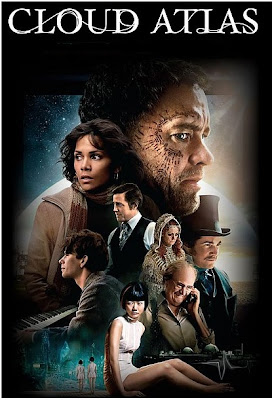 MATRIX the Wachowski siblings and Tom Tykwer (RUN LOLA RUN) and now an official trailer is here. The expensive sf film which cost around $100 million, but has strangely had almost no marketing so far even though it's out this October, is an exploration of how the actions of individual lives impact one another in the past, present and future, as one soul is shaped from a killer into a hero, and an act of kindness ripples across centuries to inspire a revolution. Everything is connected: an 1849 diary of an ocean voyage across the Pacific; letters from a composer to his friend; a thriller about a murder at a nuclear power plant; a farce about a publisher in a nursing home; a rebellious 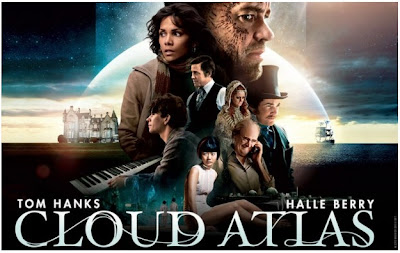 clone in futuristic Korea; and the tale of a tribe living in post-apocalyptic Hawaii, far in the future. And if you thought the story is weird, check out the even weirder cast: Tom Hanks, always dreadful Halle Berry, Hugo Weaving, Susan Sarandon,Jim Sturgess, Ben Whishaw, Hugh Grant, James D'Arcy, Jim Broadbent...
Posted by DEZMOND at 12:00 AM