As you know HOLLYWOOD SPY is web's biggest central for all things epic and history related, so here's an interesting project in that genre: Kevin Costner will direct and produce the project based on Jon S. Baird's upcoming fantasy saga THE EXPLORER'S GUILD, in which the first book A PASSAGE TO SHAMBALA is to be released in 2014. The project will first include a series of books, then an animated series for TV and then a whole film franchise. Behind the staid rooms of an old world gentlemen's club operates a mysterious organization: THE EXPLORERS GUILD, a clandestine group of adventurers who seek out the places where light gives way to shadow and reason is usurped by myth. The secrets of this unknown world are hidden in mountain ranges and lost in deserts, sunk to the ocean floor and lodged deep beneath polar ice. Their aim is to discover the mysteries that lie beyond the boundaries of the known world. Set against the backdrop of World War I, with Western Civilization spiraling into chaos, the first installment in THE EXPLORERS GUILD series A PASSAGE TO 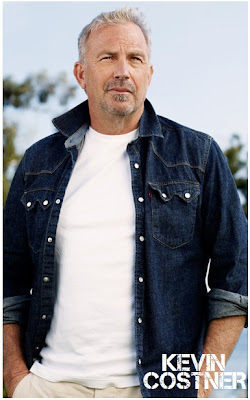 SHAMBALA, concerns the Guild's quest to find Shambhala, the golden city of Buddhist myth. Each member is driven toward the City for a different reason: one believes that finding it will save his brother's life; another hopes that it will reveal a path to spiritual enlightenment. Some believe the power of the city can be used to restore peace, while others are certain that Shambhala is responsible for bringing mankind to the brink of apocalypse. The search will take us from the Polar North to the Mongolian deserts, through the underground canals of Asia to deep into the Himalayas, before the City finally divulges its secrets and the globe-spanning journey plays out to its startling conclusion.

ROBOCOP COSTUME
And a special cinematic treat given to us this weekend comes from the set of the remake of sf classic ROBOCOP: the first pictures of Joel 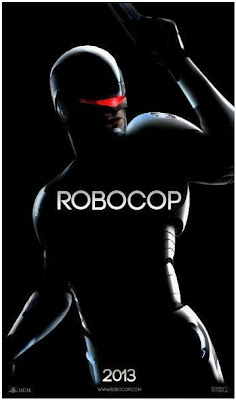 Kinnaman in the rather stunning and mindblowing costume of the title character. I must admit I love the costume. Planned to come out to cinemas August 2013, the film is set in the year 2028 with multinational conglomerate OmniCorp at the centre of robot technology. Their drones are winning American bloody wars around the globe and now they want to bring this technology to the home front. Alex Murphy (Joel Kinnaman) is a loving husband, father and good cop doing his best to stem the tide of crime and corruption in Detroit. After he is critically injured in the line of duty, OmniCorp utilizes their remarkable science of robotics to save Alex's life. He returns to the streets of his beloved city 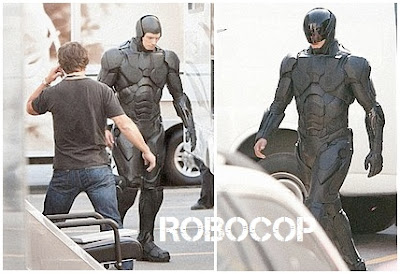 with amazing new abilities, but with issues a regular man has never had to face before. The cast also includes Gary Oldman, Samuel L. Jackson, Abbie Cornish and Jackie Earle Halley.
Posted by DEZMOND at 12:00 AM