You have probably noticed that beside successful epic shows, another popular television trend have become period set dramas with up to ten episodes. We've all seen the huge success of ITV's DOWNTON ABBEY which is about to start its third season and has won Emmy awards 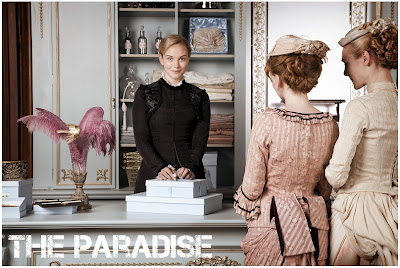 (don't really know why, I find the show terribly empty and monotonous and lacking in wit and charm) and BBC America is breaking records with their brand new show COPPER. So I'm guessing you might have an appetite for BBC ONE's new period set show THE PARADISE 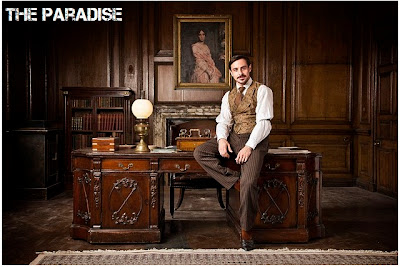 THE PARADISE STORY
The new show THE PARADISE tells the story of a love affair set against the backdrop of the opening of the first English department store in 1875. Smart, ambitious and big hearted Denise Lovett played by Joanna Vanderham arrives in the city to seek work in her Uncle Edmund’s shop. When he’s unable to help her, she turns to THE PARADISE and her eyes are opened to a whole new world of 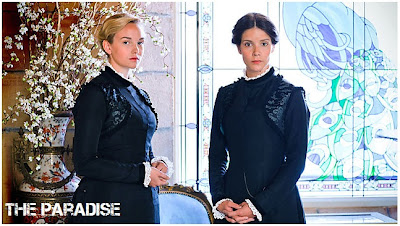 possibilities. This impossibly glamorous store provides the catalyst for her rags-to-riches story as she falls in love with the exhilarating and dangerous charms of the modern world. Entwined in this intoxication is The Paradise’s dashing and reckless owner, John Moray, played by Emun Elliott a buccaneering capitalist, self-made and utterly modern man who inspires in Denise a passion & creativity she didn’t know she had. 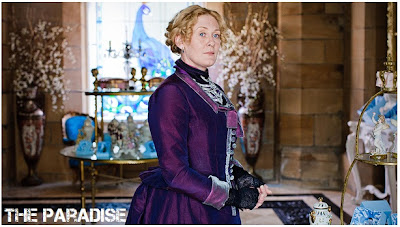 THE PARADISE TIDBITS
Ready to premiere with its first episode of the first season Tuesday September 26th (it was actually scheduled for next year, but BBC wanted to beat the very similar project MR. SELFRIDGE over at rival ITV, since ITV managed to crash BBC's UPSTAIRS DOWNSTAIRS project with their DOWNTON ABBEY in the recent past. 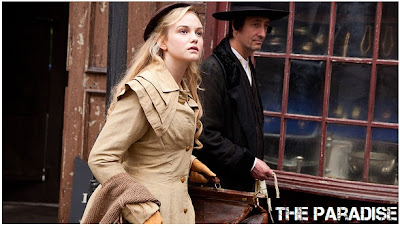 The story of the new THE PARADISE series will be set in the 19th century and will revolve around the staff in a Victorian department store and its charismatic owner. The series, which hasn't even been finished yet only a few weeks before the premiere, is based on a novel by famous French author Emile Zola, with the book’s Paris store being relocated 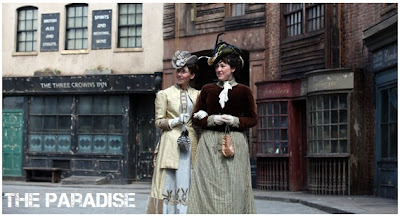 to North-East England for the TV adaptation.The producers have described the series as "Sex And The City" in the 19th century since the period set series has a very fancy setting and actually a lot of the dynamics that the characters face are really modern. Beside Emun Elliott (GAME OF THRONES) as John Moray and Joanna Vanderham as Denise Lovett, the cast also includes Elaine Cassidy, Peter Wight, Patrick Malahide who plays Lord Glendenning, David Hayman, Sarah Lancashire and others.
Posted by DEZMOND at 12:00 AM