According to reports from "Deadline", one of HOLLYWOOD SPY's favourite movie stars Chris Evans will star in romantic film A MANY SPLINTERED THING. Chris will also executive the film which is actually called an antiromantic comedy. In the vein of "Amelie" and "500 Days Of Summer" the film tells the story of a young man disillusioned by love who meets a breathtaking young woman (Michelle Monaghan) at a charity dinner by pretending to be a philanthropist. Turns out that she’s engaged to a guy who doesn’t like her going on dates. Challenged by the chase, and egged on by his eclectic friends, he feigns a platonic relationship in order to keep seeing her as he tries to conquer her heart. The screenplay was featured on the famous Black List of best unproduced scripts in Hollywood. 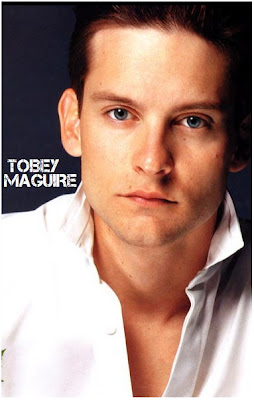 apparently planning to do a movie adaptation of graphic novel CARDBOARD by Douglas TenNapel. The story revolves around a young boy who receives only a cardboard box for his birthday from his widowed father. They both turn the box into a boxer named Bill, who somehow comes to life. The duo must protect their creation from the neighborhood bully, who has nefarious plans. Tobey Maguire will produce and possibly lend his voice to one of the characters, while amazing Chris Wedge, the creator of ICE AGE, is negotiating to take the director's seat.
PARENTAL GUIDANCE CLIP
To cheer you up a bit since it's Monday, here's a funny trailer for new comedy PARENTAL GUIDANCE with a delightful duo Billy Crystal and Bette Midler starring as grandparents who get a dose of the 21st 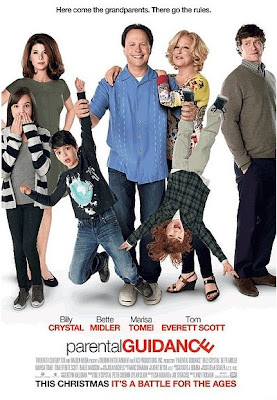 Century behaviour when they agree to look after their grandchildren. Coming out this November, the film follow old school grandfather Artie, accustomed to calling the shots, who meets his match when he and his eager-to-please wife Diane agree to babysit their three grandkids when their type-A helicopter parents go away for work. But when 21st century problems collide with Artie and Diane's old school methods of tough rules, lots of love and old-fashioned games, it's learning to bend - and not holding your ground - that binds a family together.The only weird moment is Marisa Tomei playing Bette's and Billy's daughter. Isn't she about their age?
Posted by DEZMOND at 12:00 AM