HOLLYWOOD SPY FASHION REPORT FROM EMMY 2012 RED CARPET! THE BEST AND THE WORST DRESSED! NEW "THE HOBBIT" & "RISE OF THE GUARDIANS" POSTERS! 1ST PIC OF HUGH JACKMAN AS "WOLVERINE"

So, have you watched Emmy 2012 Awards this Sunday? I know, it was the same old boring event with the same winners every year, but at least the red carpet was more colourful than ever. Here's HOLLYWOOD SPY's fashion report.

THE YES YES
Tell me, who were your best dressed celebrities this year? I loved Nancy O'Dell in her breathtaking red gown with the golden bow across her shoulder, Ginnifer Goodwin also looked marvellous in her 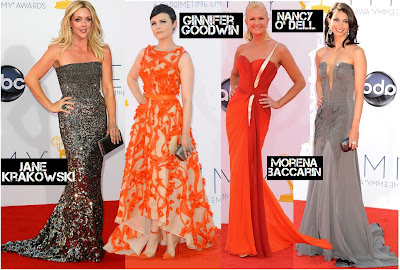 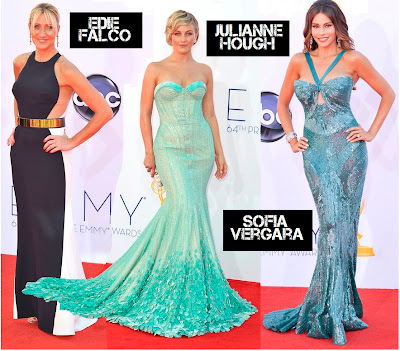 Sofia Vergara knew she couldn't go wrong in a mindblowing Zuhair Murad piece, while Edie Falco looked ten years younger in that divine dress of hers.

THE SO SO
The ones I didn't like, nor hate, are Nicole Kidman, whose dress was truly lovely but was too short and made her look clumsy, Julianne 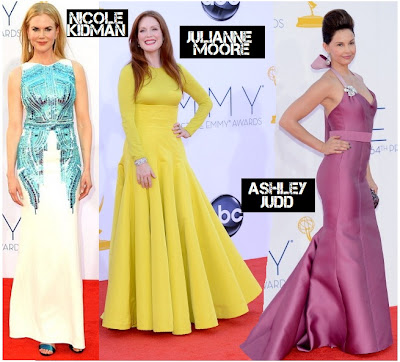 Moore was maybe a bit too mustardy, while Ashley Judd did have a nice dress but what's with the horrid Transylvanian hairdo?


THE NO NO
The list of the worst dressed at the Emmy 2012 is really long. Claire Danes is pregnant and she wanted to wear something comfortable, but that yellow bag is for groceries not for wearing, Emily Van Camp 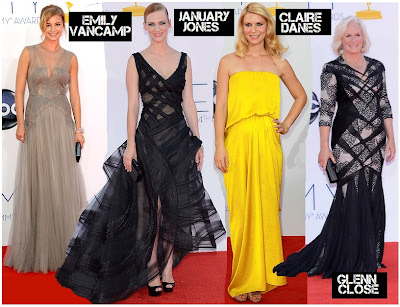 was dressed in cobwebs, January Jones scared us with her makeup and Joker smile, Glenn Close is legendary in acting but should stop wearing Nancy Regan dresses, Elizabeth Moss never really had any 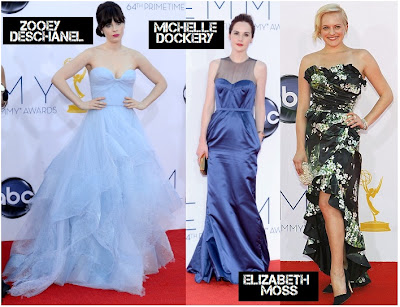 style. Two of the actresses whose acting I don't really understand showed me that I don't understand their outfits either - Zooey Deschanel and Michelle Dockery.


THE WOO HOO
Or the ladies with the big boobies! For my boys :) Christina Hendricks and Kat Dennings didn't really need to worry, they will always impress the crowd if they appear with a big cleavage at the red carpet. 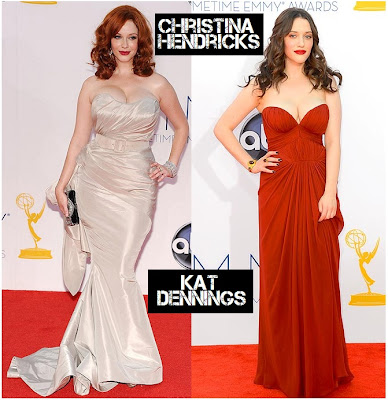 HOLLYWOOD SPY HEADLINES
In short headlines today, I have two new posters to present to you: a lovely poster for RISE OF THE GUARDIANS (animated adventure which hits cinemas 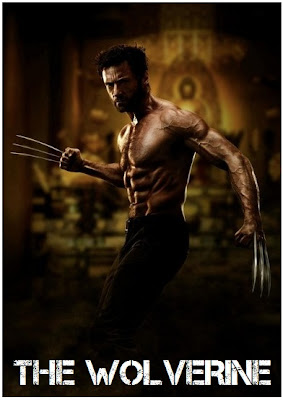 this November and follows favourite children's heroes Santa Claus, the Easter Bunny, Jack Frost, The Sandman, and The Tooth Fairy, who have to fight against a nasty demon who wants to take the control over all the kids. The film includes voices from Jude Law, Hugh Jackman, Alec Baldwin, Chris Pine) and the one for  THE HOBBIT: THE UNEXPECTED JOURNEY, this year's biggest epic fantasy which hits cinemas December 14th. The second poster shows Bilbo with his trusted sword. 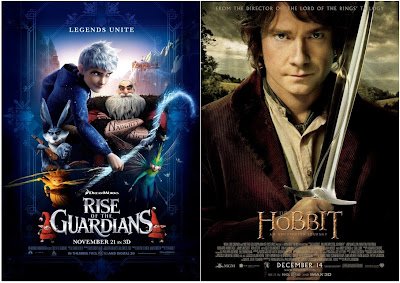 You can also check out the first official photo of Hugh Jackman as the fury superhero in THE WOLVERINE which should hit theatres next July! Wolverine will be searching for his origins in Asia.