One of last year's biggest breakthrough stars, Irish/German hunk Michael Fassbender, whom you last time saw this summer in sf epic PROMETHEUS, has landed a role in FRANK. According to "Variety" the story revolves around an up and coming musician (Domhnall Gleeson son of Brandan) who gets in over his head when he joins a rock band, lead by Michael Fassbender's character. As I reported before, Fassy will also appear in the film adaptation of ASSASSSINS' CREED video game, in X MEN: DAYS OF FUTURE PAST and in historical drama TWELVE YEARS A SLAVE next to Brad Pitt.

Warner Bros. has revealed today that they have bought movie rights on Dan Krokos' fantasy novel THE PLANET THIEVES which follows the SS Egypt, which gets attacked by a group of aggressive aliens that steal some sensitive technology that could bring the demise of earth. The story revolves around Mason Stark, a young space cadet that leads the attack against a group of aliens that stole technology. Meanwhile, "Variety" also reports that young Max Minghella (AGORA) will play a district attorney who is hiding a secret past in HORNS, a story about a seemingly ordinary man who wakes up one morning and discovers horns are growing out of his head. He comes to learn that these powerful appendages make people confess their sins to him, a tool he decides to use in figuring out the mysterious death of his girlfriend. Daniel Radcliffe has recently replaced Shia Le Bouf in the lead role.
DOROTHY OF OZ TRAILER
Your trailer for today is a long awaited one: it really took long for DOROTHY OF OZ to be made. Coming to theatres sometime next year, the story of this animated movie takes place after the events of the 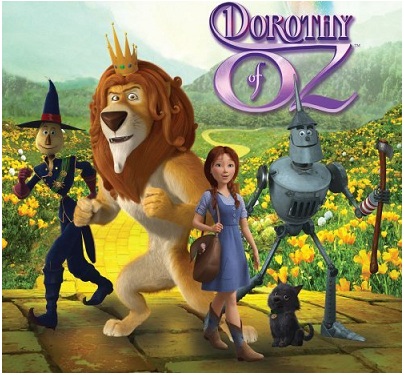 1939 classic, with Dorothy (Lea Michele) back in Kansas, after the tornado that took her to Oz has destroyed her hometown. Before long, she is whisked back to the magical land of Oz to help find her missing

friends Scarecrow, Cowardly Lion, and Tin Man. Dorothy sets out on a perilous journey to stop the Jester from using the power of the Wicked Witch of the West's wand to turn the people of Oz into puppets. Beside 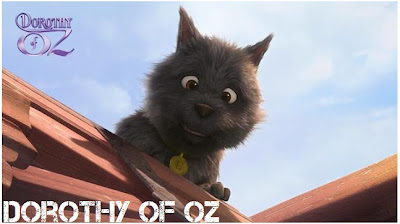