According to "The Hollywood Reporter" Ben Affleck and Matt Damon are looking to produce a historical film RACE TO THE SOUTH POLE which will tell the tale of explorers Robert Falcon Scott and Roald Amundsen as they aim to reach the South Pole during the so called 'heroic age' of Antarctic exploration in the early 20th century. Casey Affleck will play Scott. The same site also reports on Gong Li taking the role of the empress Cixi in THE LAST EMPRESS, a sweeping Chinese American drama recounting Express Cixi's life and her complex relationship with Emperor Guang Xu and Imperial Advisor American Costa, both of whom wanted to modernise China. However, due to misunderstandings, Guang Xu's 100-day reform was ended by bloodshed and led to a period of violent revolutions. As HOLLYWOOD SPY reported before, Gong Li will also play a Mongolian Empress in Tarsem Singh's epic adventure MARCO POLO which will follow the 13th century Venetian explorer on his adventures in China. 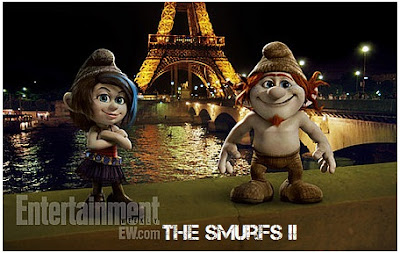 J.B. Smoove. They were created by Gargamel in order to bring havoc to the Smurf's shroom village. The sequel to the film, which earned almost $600 million around the world, is scheduled for summer next year.
BEAUTIFUL CREATURES
The trailer I have for you today is the first one for next year's fantasy film BEAUTIFUL CREATURES the movie adaptation of the best 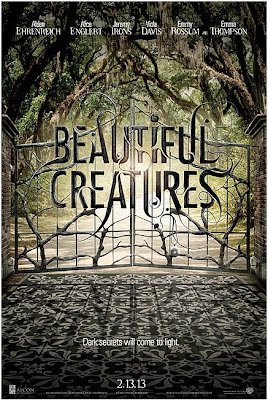 selling novel by Kami Garcia and Margaret Stohl directed by Richard LaGravenese. Young Alice Englert plays Lena, a young girl whose mysterious family is the subject of gossip in her small Southern town. When she falls for Ethan (played Alden Ehrenreich), he comes to learn the truth, that she is actually a "caster" who must choose between the dark and light sides of her magical world. Scheduled to premiere in February 2013, the film has a rather strong cast: Oscar winners Viola Davis, Emma Thompson and Jeremy Irons and Emmy Rossum.
Posted by DEZMOND at 12:00 AM