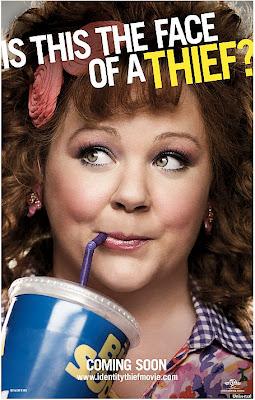 The posters of the day are two pieces that Universal Pictures has released today for their hilarious comedy IDENTITY THIEF which is being helmed by Seth Gordon, the director of last year's successful comedy HORRIBLE BOSSES. As you can see the film has Jason Bateman and delightful Melissa McCarthy in the lead roles of a businessman and a woman who stole his identity. Unlimited funds have allowed Diana (Melissa McCarthy) to live it up on the outskirts of Miami, where the queen of retail buys whatever strikes her fancy. There's only one glitch: The ID she's using to finance these sprees reads "Sandy Bigelow 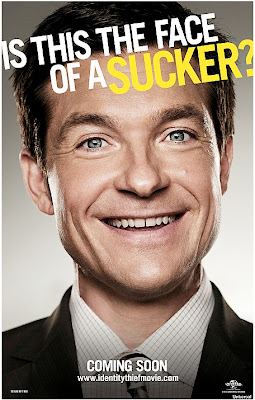 Patterson" ... and it belongs to an accounts rep (Jason Bateman ) who lives halfway across the U.S. With only one week to hunt down the con artist before his world implodes, the real Sandy Bigelow Patterson heads south to confront the woman with an all-access pass to his life. And as he attempts to bribe, coax and wrangle her the 2,000 miles to Denver, one easy target will discover just how tough it is to get your name back. The cast of the hilarious comedy which is ready to hit cinemas February 2013 also includes John Cho, Amanda Peet and Jon Favreau.


HOLLYWOOD SPY HEADLINES
Now, this is certainly a scorching hot piece of news: after we've seen the first mindblowing look of Lee Pace as Elven king Thranduil in THE HOBBIT saga, now a box for the toy line connected with the film has revealed the sneaky peek into Lily Evangeline's Elven archer Tauriel. The character has been put into the story since the book doesn't have enough female heroes. 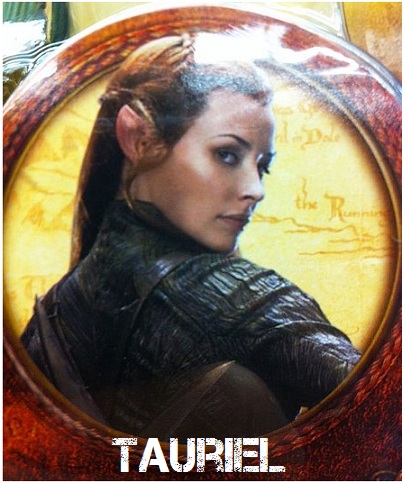 Deadline reports today that Barry Sonnenfeld will helm LORE which already has Dwayne Johnson in the lead role. The movie 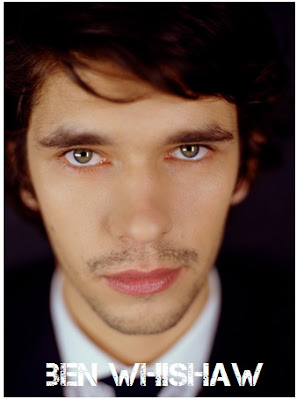 adaptation of a fantasy graphic novel is set in a world where a secret society of Shepherds guard against mythical creatures told in folklore that actually exist. When the chain of command is broken, a young hero must do whatever it takes to stop these beasts! And after yesterday's rumours that Steven Spielberg wants Anne Hathaway and Chris Hemsworth in his sf epic ROBOPOCALYPSE, a new addition to the cast might be Ben Whishaw who might play a powerful computer hacker in the film. 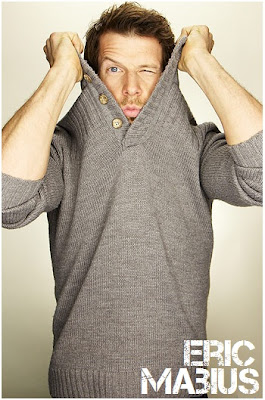 Continuing the week of indie films trailers, I have for you today a trailer for comedy drama PRICE CHECK which actually has a rather inspiring story: always delightful Eric Mabius (UGLY BETTY) plays  Pete Cozy who is having trouble resolving a happy marriage and family life with rising debt and a job he hates. When his new boss, Susan (Parker Posey), a human dynamo, shows up, Pete is pulled into the maelstrom that is her life and made to work harder than he ever has before. Suddenly, money and opportunities come his way, but at what price? The film, which also has 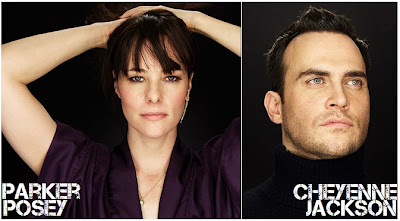 Cheyenne Jackson in the cast, premiered at Sundance Festival and will hit cinemas sometime later this year.
Posted by DEZMOND at 12:00 AM