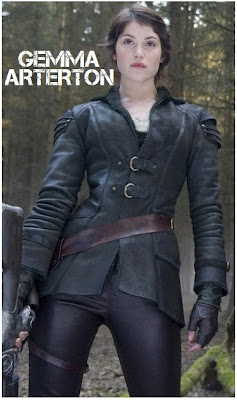 Your trailer treat for today is the first trailer for upcoming action adventure HANSEL AND GRETEL: WITCH HUNTERS. The unfortunate movie was originally supposed to be released into cinemas this summer, but due to the fact that this year we've already had too many fairy tale movies with MIRROR MIRROR and SNOW WHITE AND THE HUNTSMAN, the studio has opted to move the film to January 2013, a month usually known as the graveyard of films. When you see the trailer you might even support Paramount's decision: the clip offers something very trashy, cheap looking and unattractive. 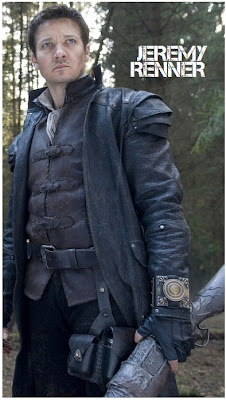 Following the latest trend of darkening popular children's fairy tales and putting grim twists into them, HANSEL AND GRETEL: WITCH HUNTERS takes us to the period fifteen years after their traumatic gingerbread-house incident in which they were almost eaten by the evil witch, but they've escaped and now the siblings Hansel and Gretel have become a formidable team of bounty hunters who track and kill witches all over the world seeking the revenge for their childhood traumas.
As you can see in the trailer, the lead roles are portrayed by English beauty Gemma Arterton (who looks rather uninspired in this role and who is no stranger to adventurous epics  since you remember her as brave Io from CLASH OF THE TITANS and brave princess Tamina from PRINCE OF PERSIA

SANDS OF TIME, although most people prefer her in THE DISAPPEARANCE OF ALICE CREED and in QUANTUM OF SOLACE) and Jeremy Renner as her brother Hansel. The cast also includes another James Bond girl Famke Janssen and Peter Stormare. 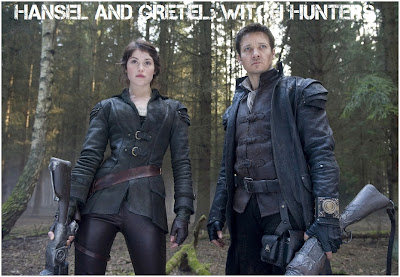 HANSEL & GRETEL TIDBITS
Estimated budget of the HANSEL AND GRETEL: WITCH HUNTERS is about 60 million dollars. It is interesting that the film had problems even before this premiere date thing, since they've

changed lots of actors and actresses in the lead roles before they went to Arterton and Renner. Gretel was first supposed to be played by Diane Kruger and Eva Green. Famke Janssen has once said that she accepted the role as the head witch because she had to pay off her mortgage.
Posted by DEZMOND at 12:00 AM