One of the delightful new shows coming to NBC next year is MOCKINBIRD LANE which is actually a television remake of classic show THE MUNSTERS from the 1960's. The updated remake will

again follow the adventures of the Munster family of charming monsters: Grandpa Sam Dracula is essentially Dracula who assembled Herman because no man was good enough for his daughter Lily, a sexy vamp. Lily's niece Marilyn the freak is actually normal and Lily and Herman's only child, Eddie, has his werewolf tendencies surface in puberty, forcing the family to relocate to their famous 1313 Mockingbird Lane address. The cast in the remake is lead by always charming Jerry O'Connell from SLIDERS, who now plays the patriarch of the Munster family - Herman, the Frankenstein. Stepping into the role of Herman's vampire wife Lily (who was originally portrayed by Yvonne De Carlo) is gorgeous Portia de Rossi. British star Eddie Izzard plays grandpa, an ancient vampire, Lily's father. Little Mason Cook will play Lily's and Herman's only son 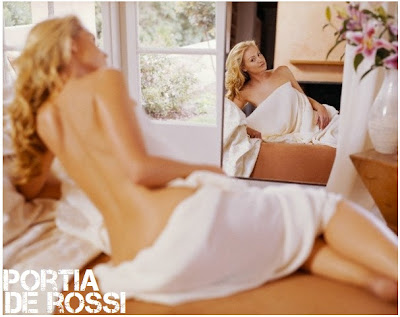 Eddie, who is a werewolf. Rumour has it that in the new version, Eddie will, listen to this, be a vegetarian werewolf who refuses to eat meat :) The cast also includes British actress Charity Wakefield as Marilyn, TV hunk Cheyenne Jackson as Scout Master Steve, a widower and leader of Eddie's scout troop who becomes smitten with Lily. Beth 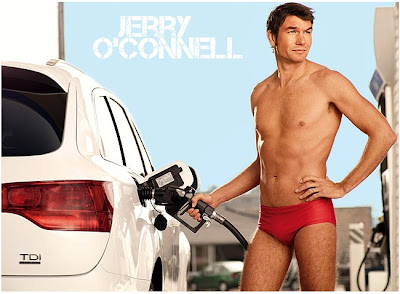 Grant will play Maryanne, the paraplegic, busybody neighbor who takes a very keen interest in the strange new family next door. The pilot is being developed by "Pushing Daisies" creator Bryan Fuller. The show will have spectacular visuals, but the make-up and costumes will be toned down in comparison to the original series. 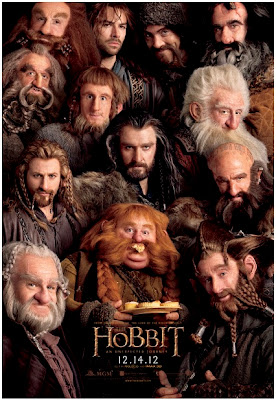 Yesterday you saw the first picture of Evangeline Lily as Elven archer Tauriel and today there's another character from THE HOBBIT saga revealed in a toy line which follows the epic movie. It's the first look of The Goblin King who will be done through motion capture in the film and will be given its voice by famous  British comedian Barry Humphries also known as Dame Edna. There's also a brand new poster for THE HOBBIT a very delightful one featuring all the Dwarves in one place from Richard Armitage's Thorin to Aidan Turner's Kili! PS I've added a trailer for the IDENTITY THIEF to the yesterday post which featured the posters for the comedy. 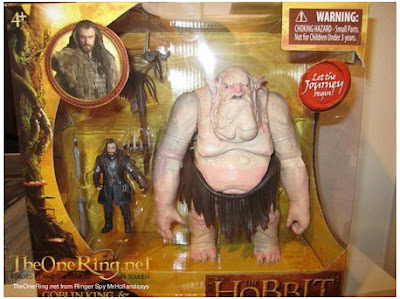 STOKER TRAILER
Freshly released clip for today is the first trailer for Wentworth Miller written story STOKER which, as you will see in the trailer, has amazing visual style and a very weird story: After India's father dies 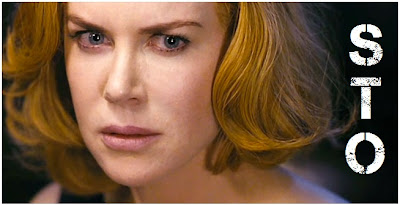 in an auto accident, her Uncle Charlie (Matthew Goode), who she never knew existed, comes to live with her and her emotionally unstable mother Evelyn (Nicole Kidman). Soon after his arrival, she comes to 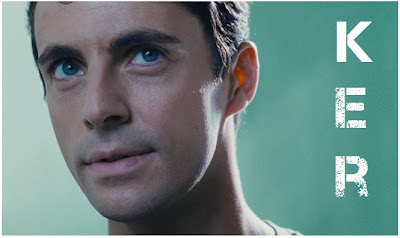 suspect this mysterious, charming man has ulterior motives, but instead of feeling outrage or horror, this friendless girl becomes increasingly infatuated with him. The cast of the film, which will hit cinemas next March, also includes Lucas Till and Dermot Mulroney.
Posted by DEZMOND at 12:00 AM