I'm not sure why is he so popular suddenly, I personally find him overly cocky, but according to "Beyond Hollywood" Mark Wahlberg has been offered the lead role in the upcoming reboot of THE CROW to be directed by Stephen Norrington. As you remember Brandon Lee had played the lead role in the original film from the 90's, and he also died accidentally during the production. 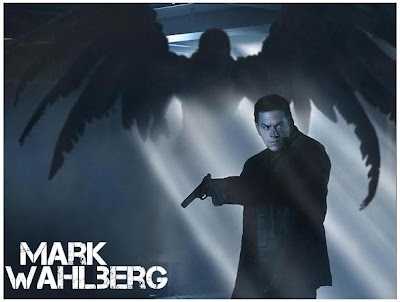 Warner Bros. and Akiva Goldsman will produce DARK MOON a film which will focus on the belief that manned moon missions did not stop with Apollo 17 in 1972. 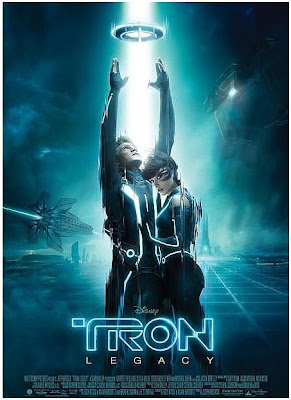 Using the "found footage" route, the film will reveal a black ops post-Apollo mission sent to the moon to explore previously classified discoveries and its unintended and disturbing consequences.

And check out yet another marvelous poster for the sf adventure TRON: LEGACY coming to cinemas this December. Starring Jeff Bridges, Michael Sheen, Olivia Wilde, Garrett Hedlund, Bruce Boxleitner, John Hurt ... it tells the story about the world of futuristic games in which humans are pawns themselves. Although not so intriguing in plot, the film promises amazing visuals and breathtaking special effects.

Now it was only natural for this to happen. Although he admits he will probably never record another pop album again, music legend Elton John has revealed that he might record a duet with Lady Gaga on her next album. Recently, he also had a privilege to listen to Gaga's BORN THIS WAY, the most anticipated album for 2011, and he said that the tittle song is so mind blowing that it will completely get rid of Gloria Gaynor's "I Will Survive" as the self-confidence anthem when it comes out. He has also called Gaga the bastard daughter of Elton John :) Gaga herself said that the upcoming album will be the "absolute greatest work" she's ever done.

And if you have a minute or two, drop by over to FILM INTEL, where my dear friend Sam has written a great article about Angelina Jolie's UNTITLED BOSNIAN LOVE STORY using me as his personal spy :)
Posted by DEZMOND at 1:38 PM