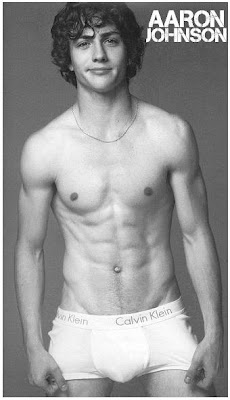 but it seems he has found his Jack - the young and popular KICKASS star Aaron Johnson (one of the contestants in HOLLYWOOD SPY's current poll), at least according to latest rumors. Based on the famous fairy tale, the film will follow a young boy who must climb the beanstalk to slay a mighty giant.

If you have read news around the Net, you now already know that the cast for Peter Jackson's THE HOBBIT has been officially revealed yesterday: Martin Freeman (SHERLOCK) will be Bilbo Bagggins joined by three dashing gentlemen - Richard

Armitage (ROBIN HOOD, SPOOKS) as Thorin Oakenshield, leader of the Company of Dwarves, and Aidan Turner(BEING HUMAN) and Robert Kazinsky (EASTENDERS) as Kili and Fili of the Company of Dwarves. The cast should also include Ian McKellan as Gandalf, Cate Blanchett as Galadriel, Hugo Weaving as Elrond, Andy Serkis as Gollum and there are rumors that David Tennant, Stephen Fry, Saoirse Ronan and Bill Nighy could also head for the Middle Earth. It's also interesting that Peter Jackson might move the whole production of THE HOBBIT from New Zealand to Great Britain because of the problems Warner Bros. has been having with actors unions.

Steven Spielberg has officially agreed to direct ROBOPOCALYPSE, the sf robot epic which centers on the human race trying to survive a robot uprising, based on the novel by 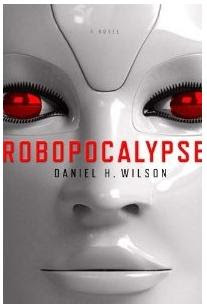 charming young writer Daniel H. Wilson which still hasn't been published. The film itself might appear in cinemas somewhere in 2013.

Laeta Kalogridis (PATHFINDER, AVATAR, SHUTTER ISLAND, ALEXANDER) will write the script for the remake of FANTASTIC VOYAGE to be produced by James Cameron. As you remember the sf classic follows a team of scientists who are shrunk to atomic size and sent in a miniature submarine inside the body of a scientist to save his life. Beside this project, Laeta is also writing the script for Cameron's long awaited adaptation of ALITA BATTLE ANGEL.

And I wanted to congratulate our dear Lisa Maliga whose book NOTES FROM NADIR is now officially on Kindle! :)
Posted by DEZMOND at 1:44 PM