You all know how much your Hollywood Spy loves historicals and epics, so the upcoming film "Ironclad" is definitely one of my most anticipated ones in 2011. 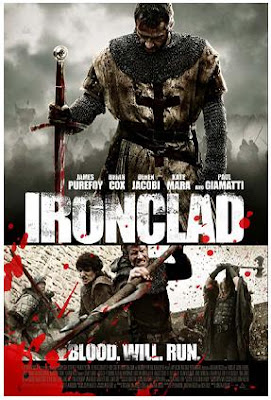 If you click on the video bellow you will see quite a stunning early teaser made only from the first two weeks of shooting, but it still is amazing and cool and the music is larger than life.
The film is set in 1215 when the rebel barons of England have forced their despised King John to put his royal seal to the Magna Carta, a noble, seminal document that upheld the rights of free-men. Yet within months of pledging himself to the great charter, the King reneged on his word and assembled a mercenary army on the south coast of England with the intention of bringing the barons and the country back under his tyrannical rule. 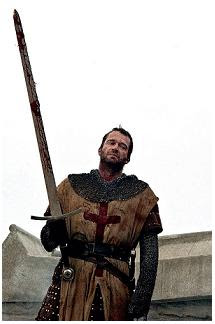 Barring his way stood the mighty Rochester castle, a place that would become the symbol of the rebel's momentous struggle for justice and freedom.
The movie will have an absolutely amazing cast: James Purefoy as the brave Marshall joined by best acting legends Britain can offer Derek Jacoby, Richard Attenborough (although I'm not sure about him since he was ill at some point of the production), Brian Cox, Guy Siner (remember famous Gruber from ALO, ALO), then there's also the amazing Jason Flemyng, and two lovely ladies Kate Mara and Bree Condon, and off course Paul Giamatti as the evil King John. Megan Fox and William Moseley were also supposed to star in it, but they are not in the cast.