Now this is a totally perfect team: John Madden (SHAKESPEARE IN LOVE, CAPTAIN CORELLI'S MANDOLIN) will direct THE BEST EXOTIC MARIGOLD HOTEL with an uber cool cast including some very fine actors - Judi Dench, Maggie Smith, Tom Wilkinson, Bill Nighy and Dev Patel. And the story is charming too: it follows a group of British retirees who are lured by enticing advertisements to live out their days in India at the recently restored Marigold Hotel, a former palace. Though their environs turn out to be far less luxurious than billed, their lives are transformed by shared experiences. 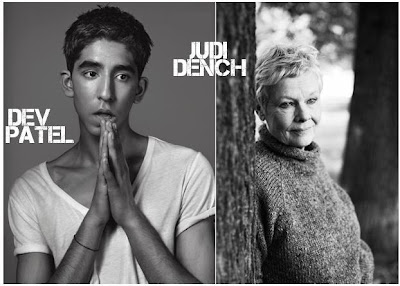 According to "Deadline" Ridley Scott will produce a new mini-series based on Philip K. Dick's novel THE MAN IN THE HIGH CASTLE for BBC. This intriguing story is actually set 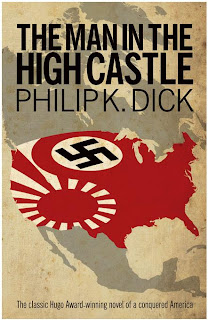 Now, I've already wrote about MAN ON A LEDGE, but now the cast became even better: Sam Worthington plays a fugitive ex-cop perched on the ledge of a high-rise building while a NYPD hostage negotiator (Elizabeth Banks) tries to talk him down. The longer they are on the ledge, the more she realizes he might have an ulterior objective. Jamie Bell will play a man who tries to prove Sam Worthington's innocence. Edward Burns will be a rival negotiator who tries to swoop in when he believes Elizabeth Banks has a conflict of interest. Great cast! 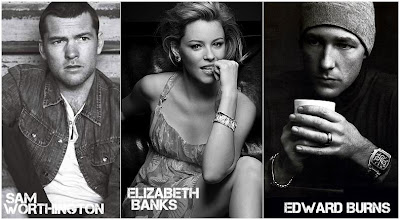 One of the cutest animated characters PEPE LE PEW will get his own live-action/CGI hybrid movie according to "MovieWeb". The super charming news is that hilarious Mike Myers will give his voice to this adorable skunk. As you know, the skunk is perpetually looking for love in pursuit of a cat called Penelope Pussycat, a black kitty with a white stripe accidentally painted down her back.
Posted by DEZMOND at 1:42 PM