Popular video game MYST is heading to the big screen. The game appeared back in the 90's and it revolves around a secret civilization called D'ni, who have the ability to travel between different worlds. There were also novels based on the game which explained the origins of D'ni. One of the main characters is a young American woman who accidentally becomes involved with The D'ni. 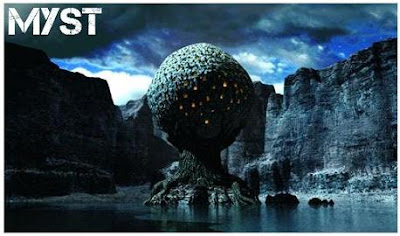 Bryan Fuller, the creator of PUSHING DAISIES and the producer of HEROES and STAR TREK VOYAGER, is currently working on the NBC pilot for a reboot of the popular 60's TV series THE MUNSTERS according to "MovieWeb". The series will follow a family of lovable monsters who don't quite understand why the public reacts oddly to their presence and apparently it will be done as a mix of MODERN FAMILY and TRUE BLOOD.

Sam Raimi(SPIDERMAN) and Bill Block (DISTRICT 9) are preparing a huge sf movie EARTH DEFENSE FORCE for Warner Bros. The film starts with three alien attack fighters appearing from nowhere and destroying many of the world's landmarks and military installations before vanishing again. 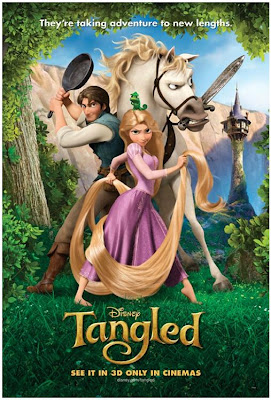 After that NASA detects a radiation signature in a nearby galaxy, indicating a far more massive attack coming in about ten months, and world leaders set about trying to create super-aircraft and weapons that can fight off the coming invasion.

And you can also check out the adorable new poster for Disney's upcoming animated movie TANGLED, the adaptation of the popular RAPUNZEL fairy tale which comes out this November. The film will be set in a stunning CG fantasy world complete with the iconic tower, an evil witch, a gallant hero and of course the mysterious girl with the long golden tresses.
Posted by DEZMOND at 1:56 PM