GRIPPING TEASER 4 SF FILM "I AM NUMBER FOUR" WITH ALEX PETTYFER. "SNOW WHITE AND THE HUNTSMAN" & "SNOW AND THE SEVEN" BRING A NEW TAKE ON THE CLASSIC FAIRY TALE

According to "The Hollywood Reporter" Rupert Sanders will direct SNOW WHITE AND THE HUNTSMAN, a new take on the famous fairy tale in which the huntsman, who was ordered to take Snow White into the woods and kill her, but decided to let her free, will now have a new role. In this new film he will actually be shackled to the girl for a good deal of the movie and the huntsman will not be a love interest, instead he will act as a mentor, with the prince still very much a part of the story. 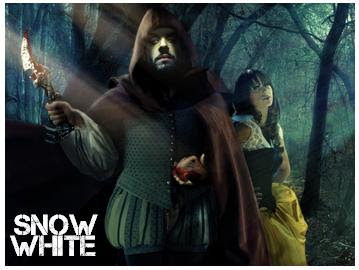 At the same time Walt Disney Pictures is also preparing their version of this fairy tale called SNOW AND THE SEVEN which will be a fantasy-adventure about a young British girl who is trained to fight by seven Shaolin monks :(

The first very gripping teaser trailer for the upcoming film adaptation of science fiction book series I AM NUMBER FOUR is finally here. It brings some 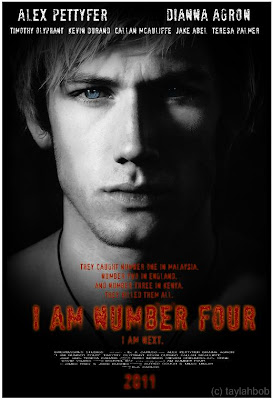 intense flashes from this intriguing sf story about an earthbound alien disguising himself as a high school student in an attempt to hide from a rival species looking to destroy his race. Gorgeous young cast including magnetic Alex Pettyfer, Jake Abel, gorgeous Dianna Agron, mesmerizing Teresa Palmer, Callan McAuliffe alongside Timothy Olyphant and Kevin Durand, will portray a group of nine earthbound alien teens who escaped their home planet just before it was destroyed by a hostile species. While the high school-aged kids assimilate, one of them discovers that he is being hunted by the enemy that blew up his planet. The film premieres next February.