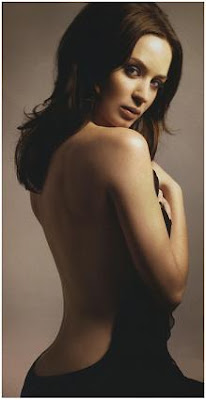 Now here's a spicy little rumor: you know how stunning and charismatic British rose Emily Blunt was the first candidate to play the Black Widow in the first "Iron Man" a few years ago but she decided to film "Gulliver's Travels" instead? And you know how Scarlett Johansson took the role after that. Well, according to "Daily Mail" the producers still desperately want to bring Emily in the third installment of "Iron Man" to portray a new dangerous villain. Who could it be? Is it true? I'll keep you posted if the rumor turns true. "Iron Man III" will probably get into production after "The Avengers" which are supposed to bring all the Marvel's superheroes in one film. As you know, Scarlett's Black Widow will unfortunately be the only female super hero in "The Avengers". 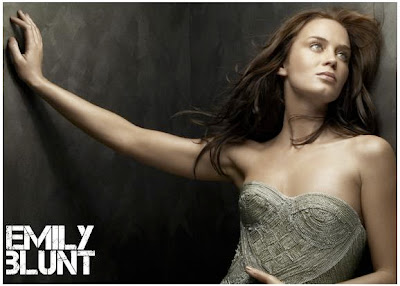 Speaking of gorgeous Emily, whom we've enjoyed in "Devil Wears Prada", "Young Victoria", "The Wolfman", she is currently shooting a 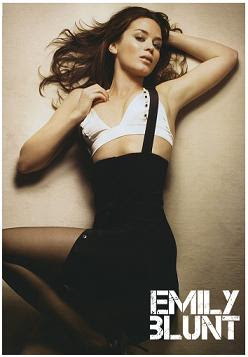 charming comedy "Salmon Fishing in Yemen" with Ewan McGregor, she will also give her voice in a hilarious animated movie "Gnomeo and Juliet" set in the world of warring indoor and outdoor gnomes, she also acts in "The Adjustment Bureau" a 2011 sf romance with Matt Damon about an affair between a politician and a ballerina which is affected by mysterious forces keeping the lovers apart, and "Gulliver's Travels" in which she plays the princess of Lilliputia is set to premiere later this year. And the fans around the Net are fighting hard for her to get the role of Wonder Woman if the super heroine ever gets a film of her own. 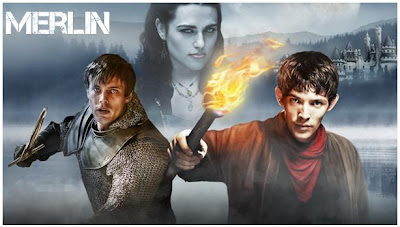 And if you like history and BBC like me, you will be happy that "Merlin" returns to BBC on September 11th with the third season. The new season opens with Merlin and Arthur finally finding the missing Lady Morgana. The third season will be aired in USA over at Syfy (since they were amazed by stunning ratings which made "Merlin" one of Syfy's most popular shows), but sometime early in 2011. The new season brings exciting new twists to Merlin’s ongoing struggle to protect Prince Arthur, as well as bigger and bolder action sequences, stunning CGI monsters, and mysterious villains.
Posted by DEZMOND at 1:21 PM