Now here's a new casting treat: I've already mentioned recently that Guillermo Del Toro will direct "At the Mountains of Madness", adventurous horror about a scientific expedition to Antarctica which discovers fantastic and horrific ruins and a dangerous secret beyond a range of mountains taller than the Himalayas. The hottest rumor is that Universal wants James McAvoy in the lead role in the adaptation of the H.P. Lovecraft book, while del Toro wants Tom Cruise. Without any deeper thought, I vote for McAvoy. 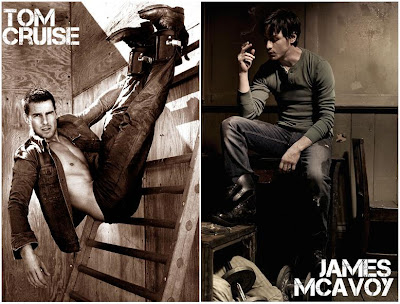 "MovieWeb" has published the first very cool banner picture of David Tennant in the remake of "Fright Night" which follows Charlie (Anton Yelchin), a teen convinced 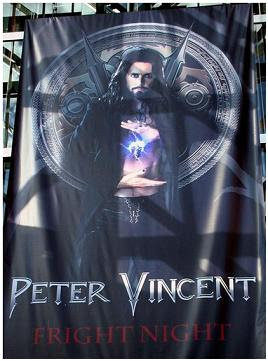 that his new neighbor (Colin Farrell) is a vampire. His disbelieving mom (Toni Collette), will fall under the vampire's spell. David Tennant will play a Las Vegas magician whose show revolves around horror-movie imagery and who claims to be a vampire expert, but when the teen turns to him for assistance, he's less than helpful.

In fresh TV news for today - SyFy will start shooting "Neverland" mini series next week, an origin story of Petar Pan with Rhys Ifans as James Hook, Anna Friel and Bob Hoskins in the cast. Fox has bought the rights on "Lockes and Key" the new mystery show I've mentioned last week, 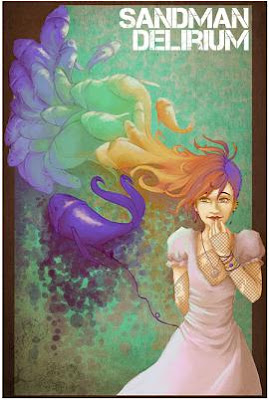 and which is written by Joe Hill, Stephen King's son. Eric Kripke, the author of "Supernatural" will probably adapt popular comic "Sandman" into a TV show which will tell the tale of Morpheus, the Lord of the Dreaming, a deity who personifies dreams. This mix of fantasy and mythology also follows the Endless, a group of powerful brothers and sisters named Destiny, Death, Destruction, Despair, Desire and Delirium. And J.J. Abrams together with one of the "Lost" producers is currently trying to sell their new TV series entitled "Alcatraz" to one of the major TV networks. The show will focus on the notorious island prison in San Francisco Bay. 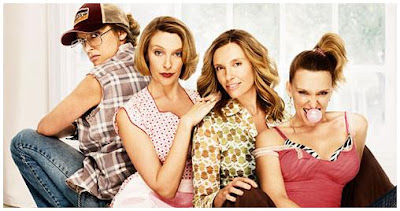 Last year's Emmy and Golden Globe Award winner, Toni Collette will get some new colleagues in the third season of the super intelligent show "The United States of Tara" in which she plays a woman with more than five totally different personalities: Eddie Izzard will play Tara's brilliant psychology professor who is at first skeptical, but becomes fascinated with Tara as a subject, leading him to further explore her condition. Frances Conroy will guest star as Tara's mother in law, a recluse with a compulsive hoarding problem.
Posted by DEZMOND at 3:44 PM