I'm not sure how I missed this one so far: scheduled to premiere sometime this year THE LOST FUTURE is SyFy's and Germany's RTL elaborate new mini series. 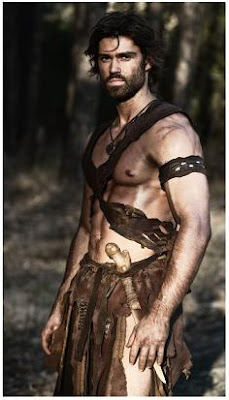 This post-apocalyptic story will be set in 2510, where a group of post-apocalyptic survivors struggles to survive in a world where jungles and forests and primeval wetlands and deserts have obliterated civilization. They staunchly face genetically mutating beasts and mysterious diseases in an attempt to re-establish the human race as masters of Earth. Although humans have devolved back to the Stone Age a small group of wise men knows there is knowledge in the mysterious artifacts called books. Now they have found a young man who knows how to read. If they can defeat the warlord who rules the city where the books are kept, the young man can help them defeat the disease that decimated the world and restart civilization. 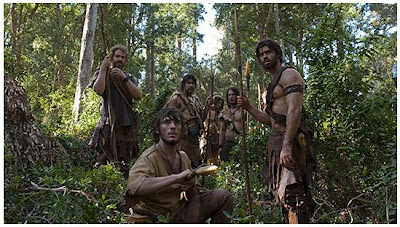 Beside Sean Bean (whom we can expect in HBO's "Game of Thrones" next year) in the lead role, the cast of this enigmatic, multifaceted story full of surprising turns, 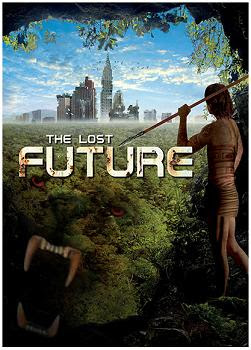 also includes great young actor Sam Claflin (we've watched him this summer in "Pillars of the Earth " and he will also star next year in "Pirates of the Caribbean: On Stranger Tides"), Eleanor Tomlinson ("Alice in Wonderland", "The Illusionist"), gorgeous Annabelle Wallis (beautiful queen Jane Seymour from "The Tudors") and hunky Corey Sevier who plays the future leader of the tribe. The film is directed by Emmy-winner Mikael Salomon ("Band of Brothers", "The Company"). Not much is known about the film so far, but HOLLYWOOD SPY will try to keep you informed on the project.
Posted by DEZMOND at 2:31 PM