Now, you know how during the ComicCon earlier this Summer I've shown you a very cool ultra exciting teaser for next year's biggest sf adventure "The Priest"? Well, this week the first official trailer has been released showing some mind-blowing action , stunning futuristic apocalyptic sets and a bunch of really cool actors. To be released in May 2011 with an amazing cast including Paul Bettany, Karl Urban, Cam Gigandet, Maggie Q, Lily Collins, Stephen Moyer, Mädchen Amick, Christopher Plummer ... 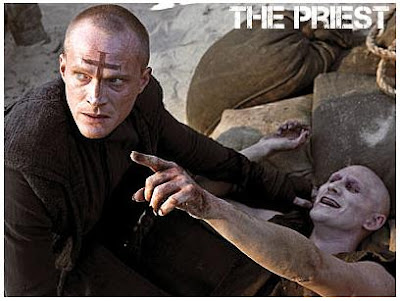 "The Priest" is an adaptation of the popular book, set in a world ravaged by centuries of war between man and vampires. A warrior priest (Paul Bettany) disobeys Church law by teaming with a young sheriff (Cam Gigandet) and a beautiful priestess (Maggie Q). The three of them unite together to track down a band of renegade vampires who have kidnapped the priest's niece before they turn her into one of them. 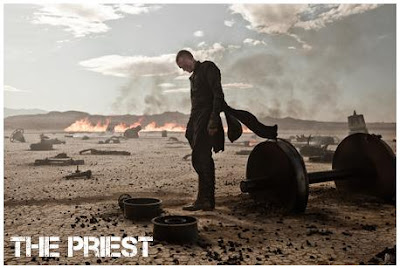 When you check out the trailer bellow don't miss 2:00 when you can catch a glimpse of Karl Urban with a cowboy hat who plays a villain in the film, and don't miss 2:20-2:30 because the ending of this trailer is seriously crazy :)