Now while our cinemas are swamped with vampires, werewolves, Mel Gibson and other scary creatures :) here's a real refreshment: Kimberly Peirce ("Boys Don't Cry") will direct the adaptation of WICKED LOVELY a book by Melissa Marr about a young girl who has the ability to see a hidden fairy world. The story follows Aislinn, a girl who has always seen faeries but followed her grandmother's rules to ignore them at all costs. 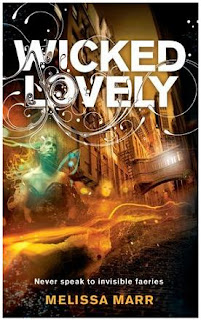 But suddenly the faeries are stalking her and she's forced to confront them and their world that she's feared all her life. There's also Keenan, a Summer King, who has been searching for his Summer Queen for nine centuries and now he has his eyes on Aislinn.

It seems that Warner Bros is preparing a huge sf project. According to "Deadline" the studio has bought a script from author Gregg Hurwitz called EXPULSION. This futuristic film will begin with an act of terror which destroys Earth after which a small band of survivors escape to a planet beyond the solar system.

"Movieweb" has posted yesterday the first pictures of Chris Evans as Steve Rodgers at the set of CAPTAIN AMERICA: THE FIRST AVENGER, and as you can see Chris, who had a smoking body before as well, got even more muscly, ripped and brawny for the role. He is now a true super hero. Coming to cinemas next summer, the film also stars Hugo Weaving, Tommy Lee Jones, Sebastian Stan, Dominic Cooper... 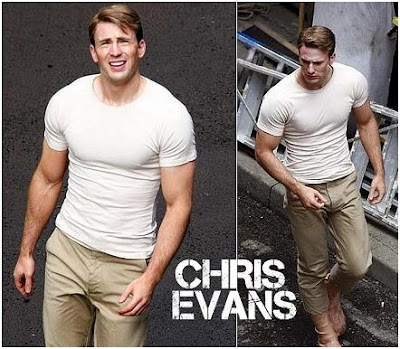 And if you like magic and fairy tales, you might want to check out the trailer for the small and low budgeted but super charming British film MRS PEPPERCORN'S MAGICAL READING ROOM, directed by Mike Le Han, a story about a little girl who gets more than she bargained for when she sees some unusual movement in the reading room of the shop across the street. There she meets Mrs. Peppercorn who shows her how magical the world can be ... The trailer is very atmospheric.