Earlier this year HOLLYWOOD SPY informed you that Stephen King's "The Dark Tower" saga will be adapted for the big screen. It now seems that after Universal has bought the rights, it will be made both into a film trilogy directed by Ron Howard and into a weekly TV show! When he was just 19 Stephen King decided to write an epic inspired by "The Lord of the Rings" and then he set off writing and publishing "The Dark Tower" over a period of 22 years and the saga today has seven books as a mix of action, adventure, fantasy and western.

The story follows Roland Deschain, the last living member of a knightly order known as gunslingers. His world is politically organized along 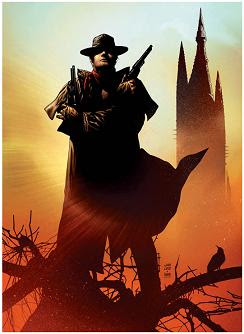 the lines of a feudal society, and it shares technological and social characteristics with the American Old West but is also magical. Many of the magical aspects have vanished from his world, but traces remain as do relics from a technologically advanced society. Roland's quest is to find the Dark Tower, a fabled building said to be the nexus of all universes. In this world mighty nations have been torn apart by war, entire cities and regions vanish without a trace and time does not flow in an orderly fashion. Even the sun sometimes rises in the north and sets in the east. On his journey to the Dark Tower, Roland will meet friends and make enemies and the audience will discover his true mission. 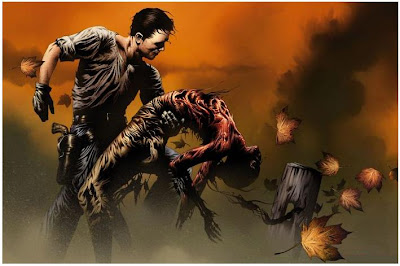 Over at British "Guardian" they are already posing a question on how will the producers deal with the nightmarish jigsaw puzzle of colliding references and motifs, which throws together a bloodthirsty panorama of Sergio Leone-esque cowboys, post-apocalyptic mutants, demons and murderers? 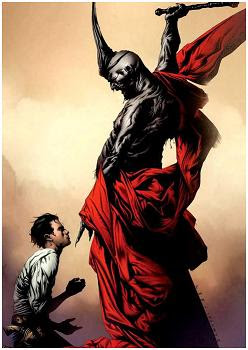 And how will they fit all of that into a conservative US TV network such as NBC when they start making two seasons of TV series to bridge gaps between the films.

Probably the most interesting part of the whole production, at least for us, will be the casting. Imagine all sorts of amazing actors who could appear in this sf saga? When asked recently who he sees playing his characters, Stephen King, joked saying: "The Twilight cast, of course! Just kidding. I haven't got as far as casting in my thoughts, but when I write about Susannah Dean, I always kind of see Angela Bassett in my mind's eye. Mostly I just want good people in those parts".