The biggest visual treat for today is undoubtedly the superhot banner from the upcoming sf flick "Tron Legacy" featuring stunning Olivia Wilde in an even more stunning costume as Quorra, the competitor in the game with futuristic discs called Jai alai.

Walt Disney has hired William Monahan ("The Departed") to adapt "Oblivion" for the big screen. Created by "Tron Legacy" director Joseph Kosinski, "Oblivion" is a graphic novel about a future earth that has been polluted to the point of inhabitability. What's left of the human race lives above the clouds, safe from alien scavengers that dwell in the ruins of a once thriving race. The story revolves around a repairman named Jak who finds himself on a life-altering adventure after he discovers a mysterious woman in a crashed pod. Kosinski will also direct the film.

If you like period adventures you will be happy to hear that the team behind "The King's Speech" is preparing a new historical project: "The Lady Who Went Too Far" will be a biopic based on the book "Star of the Morning" 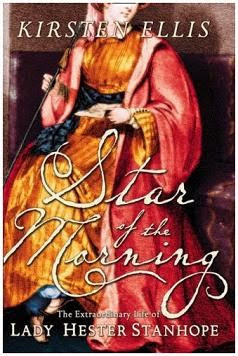 by Kirsten Ellis which is basically a biography of Lady Hester Stanhope, who was a female version of Lawrence of Arabia. Set during the Napoleonic Wars, the tale will center on the life and times of the famous world traveler and will contain elements of a political thriller as Stanhope traverses through Europe and the Middle East in search of herself. Can't wait to see who will play her!