You know how I love me some good epics, so I don't mind John Fusco ("Hidalgo") writing a script for "Day of War", a 3D historical epic about the early life and adventures of David before he became king of Israel. 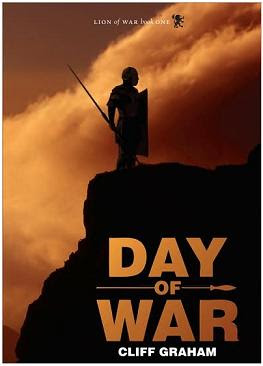 The film will be an adaptation of Cliff Graham's "Lion of War" book and it will be directed by David L. Cunningham ("The Dark is Rising").

Young Gareth Edwards whose directorial debut "Monsters" has been enjoying some serious hype around the Net recently, is apparently working on a new sf thriller which will be produced by Timur Bekmambetov. The untitled project is still kept as secret but it is being described very intriguingly as an epic human story, set in a futuristic world without humanity :)))

Another programme which will air on HBO early next year is the five-hour mini series "Mildred Pierce" with our dear Kate Winslet and you can check out the first trailer. Directed by Todd Haynes (which isn't a good thing if you ask me) it tells the gripping story of Mildred Pierce Beragon, a wife who leaves her unemployed husband and gets a job as a waitress while struggling to earn her daughter's (Evan Rachel Wood) love in Los Angeles during the Great Depression. Smells like Emmies.
Posted by DEZMOND at 1:45 PM