OK, so here are two news on period films to bring some glamor of the past days into your Monday: a new, independent film adaptation of the famous Chinese legend of "Mulan" will be directed by Jan De Bont ("Speed", "Twister") and will have Ziyi Zhang in the lead role of a 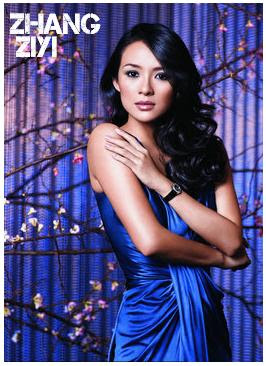 young Chinese woman who joins Chinese army instead of her father in order to fight the country’s invaders. You already know the story from Disney's animated movie from the 90's. The shooting is supposed to start later this Autumn in Shanghai. "Mulan" will be an English language project and De Bont and Ziyi were both brought into the project to attract possible distributors being more famous names to the Western audience. The shooting was on hold for some time because Ziyi Zhang had to deal with some of her scandals - topless pics from the beach which shocked people in her country and the more serious one about her holding back the donations for 2008 Sichuan earthquake victims.

Premiering in April 2011, "Your Highness" will be a medieval comedy about Thadeous (Danny McBride) who has spent his life watching his perfect older brother Fabious (James Franco) embark upon valiant journeys and win the hearts of his people. Tired of being passed over for adventure, adoration and the throne, he's settled for a life of wizard's weed, hard booze and easy maidens. But when Fabious' bride-to-be, Belladonna (Zoey Deschanel), 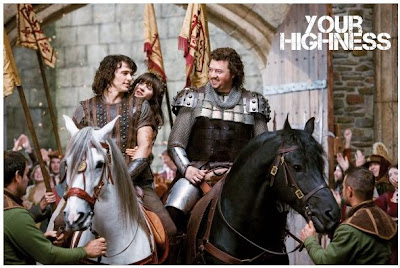 gets kidnapped by the evil wizard Leezar (Justin Theroux), the king gives his deadbeat son an ultimatum: Man up and help rescue her or get cut off. The two brothers set out to free the princess joined by Isabel (Natalie Portman), an elusive warrior with a dangerous agenda of her own. Our dear Damian Lewis, from Your Favourite British Gent poll, will play "the head of a dastardly pack of knights" in the film :)

And don't forget to check out MY MUSIC GEMS (left) with Tinie Tempah and super amazing Eric Turner and the stunning melody in the chorus of "Written in the Stars".
Posted by DEZMOND at 1:20 PM