Now since I know there are many writers of YA novels among my dear readers, this one will surely excite a lot of you: Mandalay Pictures has bought the movie rights to fresh new novel 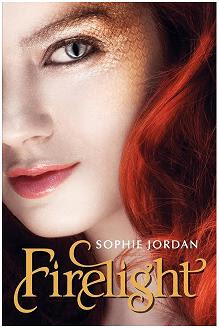 "Firelight" by Sophie Jordan. "Firelight" follows twin teenage sisters who are descendants of dragons, they can shift between human and dragon forms and one of the sisters has the ability to breathe fire. And believe it or not, one of them will fall in love with a dragonhunter :)

And, coming directly from our favourite Asian spy, Jaccsy, you must check out the stunning trailer for new Japanese sf epic "Space Battleship Yamato" or "Star Blazer" which will be its US name. This interplanetary film, with the theme song by Steven Tyler :) is set in the year 2194. The Gamilons, an enemy of undetermined form, begin an invasion of Earth. 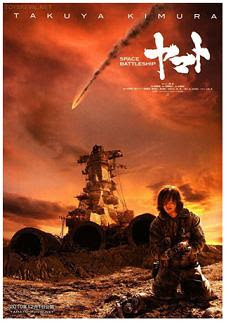 The nations of Earth pool their forces and fight back, but their armies are defeated and most of humanity wiped out. Five years later, in 2199, the Earth has been polluted by space bombs, and those who remain alive have fled underground. Even the former top pilot, Susume Kodai, has left the military. One day as he is exploring above-ground, a mysterious object falls out of the sky. This is a communications capsule from the planet of Iscandar, 148,000 light years distant, which has an equipment that will eliminate the radiation. The Defense Force of Earth equips the Space Battleship Yamato with a previously unknown propulsion system, a wave-motion engine based on plans found in the capsule. Kodai rejoins the Force, and resolves to set out aboard the Yamato. With the fate of the Earth in their hands, the crew blasts off for distant Iscandar. They have one year until radiation drives humanity to extinction.