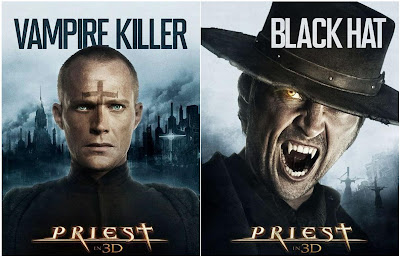 this dystopian film will follow a warrior priest who breaks his sacred vows to Church after his niece gets abducted by a murderous pack of vampires, and goes on a quest to find her before she turns into a vampire as well. He is joined on his adventure by a trigger-fingered young wasteland sheriff, and a former Warrior Priestess who possesses otherworldly fighting skills. 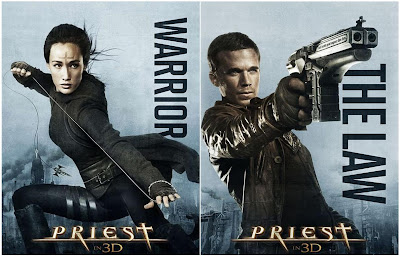 Although the plot is still kept as secret, Paramount Pictures will make a big-screen adaptation of Spike TV's hit series "Deadliest Warrior". The popular TV series has put history's greatest warriors against one another 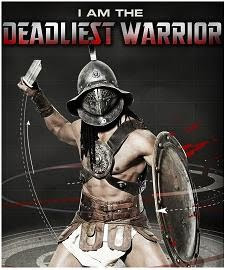 to determine who reigns supreme using modern science and the latest CGI technology, and the comments from world-class fighters, historians and weapons experts. The show had battles like Spartan vs Ninja, Viking vs Samurai, Pirate vs Knight, Comanche vs Mongol. This could be a helluva intriguing film.

We've been hearing, for more than a decade now, how Hollywood is preparing a film adaptation of John Milton's famous epic poem "Paradise Lost" but now it's official - Alex Proyas has been hired to direct it for the Legendary Pictures. As you know Milton's "Paradise Lost" was about the epic battle between archangels Michael and Lucifer and this is going to be an action movie with 3D aerial battles. I'm excited already.

And if you liked watching "Voltron" animated series as kids, you will be happy to hear that "Voltron: Defender of the Universe" film is in preparation and you can check out the first concept art. "Voltron" follows five Galaxy Alliance pilots who control vehicles shaped like lions that combine and form the massive sword-wielding Voltron robot in order to battle an evil menace. The film itself will be set in post-apocalyptic New York City and Mexico. 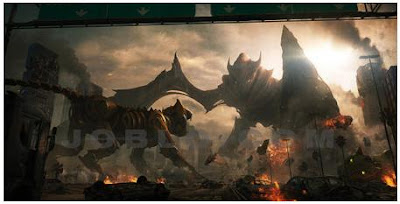