You already  heard the terrible news earlier this month that Andy Whitfield has problems with cancer again, and that he won't be able to do the second season of SPARTACUS BLOOD AND SAND. It was planned for him to shoot the new season which was supposed to be aired in Autumn after the 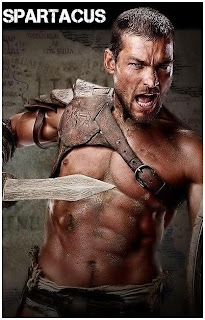 prequel SPARTACUS GODS OF ARENA which will be aired early next year describing the rise of the house of Batiatus. The new update is that Starz is now thinking of finding a new actor for the role of the brave gladiator, since Andy probably won't be able to return any time soon, and Andy is apparently OK with that solution. The second option is to cancel the whole show, which would be unwise having in mind the financial and critical success of the show so far. I'll keep you posted.

Guillermo del Toro will write and direct an animated movie for Dreamworks. Tittled TROLLHUNTERS, the film will be based on his YA novel, which he is currently writing, combining fairy tales and creatures of ancient lore with modern times and it will tell the story of how difficult it is to be a kid. 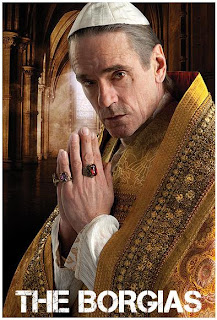 But he first has to finish spooky arctic flick AT THE MOUNTAINS OF MADNESS for which he already has one of the actors - Ron Perlman.


Showtime's new epic saga which is to replace legendary show THE TUDORS next spring - THE BORGIAS is moving on with production. This saga, directed by Neil Jordan, will follow the infamous Italian Renaissance family lead by Rodrigo Borgia, the cunning, manipulative patriarch who ascends to the highest circles of power within Renaissance-era Italy. Beside Jeremy Irons as the pope Rodrigo Borgia, Francois Arnaud as his son Cesare, Colm Feore and Derek Jacobi as Cardinal Orsini ... the two other children of pope 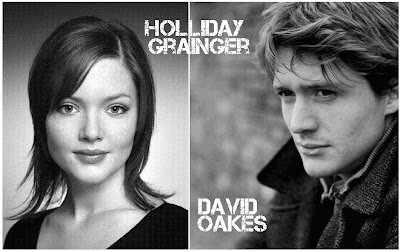 Rodrigo have been cast: gorgeous young British actress Holliday Grainger ("Merlin") has been cast for the lead female role of Lucrezia Borgia, the beautiful and passionate daughter of the pope, while young David Oakes ("Pillars of the Earth") will play her older, more responsible, brother Juan Borgia. Trevor Morris who made the amazing scores in THE TUDORS will compose the music in THE BORGIAS as well.
Posted by DEZMOND at 2:00 PM