EPICALLY MAGIC TRAILER FOR "GAME OF THRONES". GREAT CAST FOR THE FILM ON CHRISTOPHER MARLOW "A DEAD MAN IN DEPTFORD"

The most anticipated 2011 TV series "Game of Thrones" has just got a new TV spot. This epic saga based 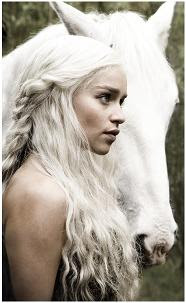 on the fantasy books from George R.R. Martin, will depict a stunning mythical land of Westeros in which seven noble families fight for power. The primary families are the Stark, Lannister, and Baratheon families. Robert Baratheon, King of Westeros, asks his old friend Eddard Stark to serve as his chief advisor. Eddard, suspecting that his predecessor had been murdered, accepts so that he can investigate further. It turns out more than one family is plotting to take the throne. The Queen's family, the Lannisters, may be hatching an incestuous plot to take control. Across the sea, the last surviving members of the previously deposed ruling family, the Targaryens, are also plotting a return to power. The conflict 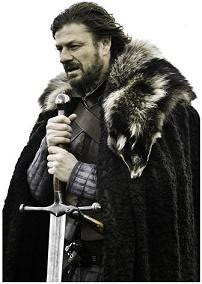 between these families and others, including the Greyjoys, the Tullys, the Arryns, and the Tyrells, leads to war. Meanwhile, in the north, an ancient evil awakens. Amidst war and the political confusion, a brotherhood of misfits, The Night's Watch, is all that stands between the realms of men and the horrors beyond. The cast is lead by Sean Bean, Jason Momoa, Mark Addy and Lena Headey. Click on the video to watch the unbelievably stunning, and epically magic short trailer for the show which will be aired on HBO next winter. It seems the visual aspect of the series will leave us absolutely breathless!


A very dashing group of gentlemen will appear in the cast of "A Dead Man in Deptford", a movie about famous British playwright Christopher Marlowe known as Shakespeare's greatest rival. Young Sam Riley will play the writer, and he will be joined by James Purefoy, Ray Winstone, Ed Speleers and 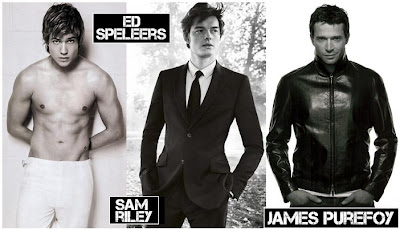 Adam Sinclair in this film which develops the idea that this notorious bar room brawler, was also a royal spy for Elizabeth I and that his death in Deptford at age 29 may have been an assassination ordered by the English Secret Service. Great cast, period setting, a mysterious plot, methinks we should watch this one.
Posted by DEZMOND at 1:52 PM