Oh, now this is certainly some amazing info: according to "Digital Spy" dame Helen Mirren and Colin Firth are set to join the sequel to worldwide blockbuster THE BEST EXOTIC MARIGOLD HOTEL which already has amazing cast from the first part - Judi Dench (bow immediately), Maggie Smith and Bill Nighy!!! Not only that the original film, which centred on a group of retired Brits whose lives are transformed after they move to a newly restored hotel in India, has made over $130 million around the world with a very small production budget, but it also won tones of movie awards. The script for the sequel has been turned to the studio and the sequel should start shooting sometime next year.I'm not sure if this would be the first time for all three of the greatest British thespians of the older generation - Dench, Mirren and Smith - to appear together on the big screen. Dench and Smith had a number of projects together before and they are best friends in their private lives too. 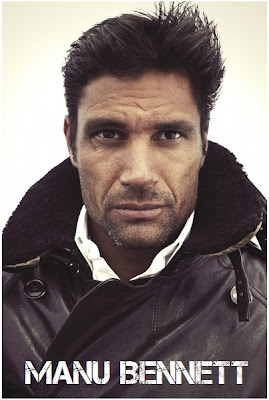 In short news today, SPARTACUS hunk Manu Bennett (plays Crixus in the megapopular epic show) has joined CW'S hit show ARROW. In CW's superhero drama he will play Slade Wilson according to "Entertainment Weekly",  the civilian identity of super-villain Deathstroke - who has already appeared as a mysterious masked figure on the series. He will be introduced through flashbacks, with Wilson forming an uneasy alliance with Oliver Queen (Stephen Amell) while both men are stranded on the island of Lian Yu. You will also watch Manu in THE HOBBIT this month, since he plays the evil Azog in 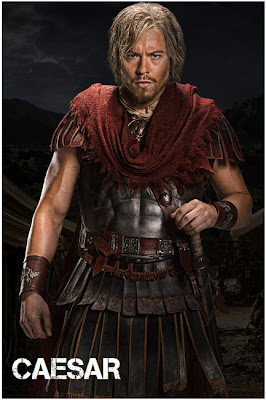 the epic fantasy but you probably won't recognise him. Speaking of SPARTACUS, as I've gossiped a few months ago, it has been confirmed by the show's creator Steven DeKnight that in the halls of Starz they often whisper about a CAESAR spinoff! If the audience accepts young Todd Lasance as the Roman general in WAR OF THE DAMNED this January, the studio might work on a new series which would depict the life of Caesar in some later time of his life. As I've also reported before DeKnight is currently developing sf show INCURSION for Starz.


SEVENTH SON PHOTOS
Oooh, I've been waiting for some new info from the sets of epic fantasy SEVENTH SON and now we have the first pictures showing Jeff Bridges, Julianne 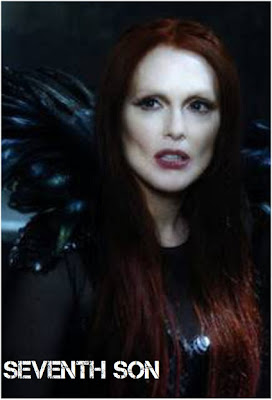 Moore and Ben Barnes in their costumes: starring also Kit Harrington and Alicia Vikander and premiering October 2013, the film is set in a time long past, where an evil is about to be unleashed reigniting the war between the forces of the supernatural and humankind once more. Master Gregory (Jeff Bridges) is a knight who had imprisoned the malevolently powerful witch, Mother Malkin (Julianne Moore), centuries ago. But now she has escaped and is seeking vengeance. Summoning her followers of every incarnation, Mother Malkin is preparing to unleash her terrible wrath on an unsuspecting world. Only one thing stands in her way: Master Gregory. 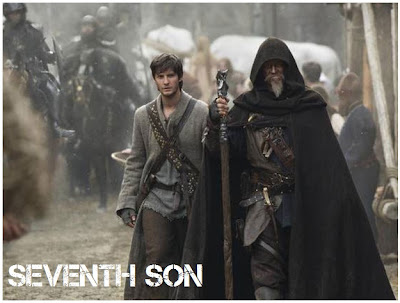 In a deadly reunion, Gregory comes face to face with the evil he always feared would someday return. Now he has only until the next full moon to do what usually takes years: train his new apprentice, Tom Ward (Ben Barnes) to fight a dark magic unlike any other. Man's only hope lies in the seventh son of a seventh son.