You have probably noticed, by now, my little freaks, that we have survived the Mayan apocalypse and that we are (most of us) still in our non-zombie shapes. But Hollywood is obviously still obsessed with the impending doom 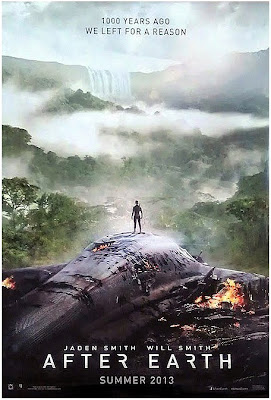 and is preparing tones of apocalyptic movies for 2013, so let us do a spotlight on them. Today the first part, tomorrow the second one.


AFTER EARTH
Now, I most probably won't watch this one, since I cannot stand Will Smith's nepotism, but I'm guessing not everybody is sensitive to this issue as I am, so some of you might enjoy science fiction action AFTER EARTH which features both Will Smith and his son Jaden and I am guessing we should be happy that he didn't put that screeching daughter of his in it too. Ready to open up in cinemas June 2013, the story of the movie will be set one thousand 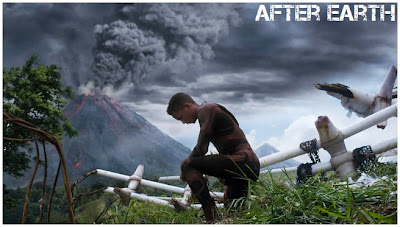 years after cataclysmic events forced humanity's escape from Earth with Nova Prime which has become mankind's new home. Legendary General Cypher Raige returns from an extended tour of duty to his estranged family, ready to be a father to his 13-year-old son, Kitai. 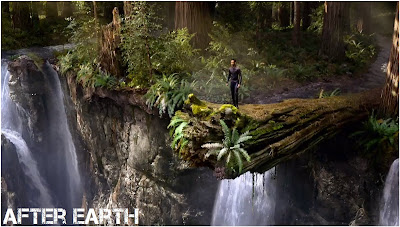 When an asteroid storm damages Cypher and Kitai's craft, they crash-land on a now unfamiliar and dangerous Earth. As his father lies dying in the cockpit, Kitai must trek across the hostile terrain to recover their rescue beacon. His whole life, Kitai has wanted nothing more than to be a soldier like his father. Today, he gets his chance! 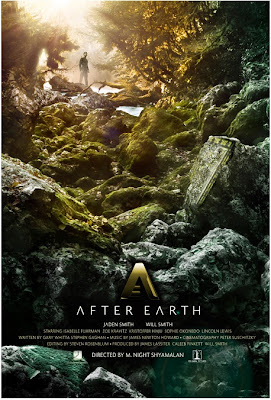 DID YOU KNOW?
Now I must confess that I do like the visuals of the film, both the sets and the costumes seem rather enchanting in a futuristic kind of way as you can see in the trailer below.  The film is directed by M. Night Shyamalan and this is his first movie after the 2010 flop with THE LAST AIRBENDER. After this one, Will Smith has three sequels to do - for HANCOCK, BAD BOYS and I, ROBOT, and he will also star in fantasy movie WINTER'S TALE with Russell Crowe, Matt Bomer, Colin Farrell and William Hurt. The funny thing is that he was also supposed to shoot the sequel to INDEPENDENCE DAY, since he obviously loves doomsday flicks, but, thankfully, that one was cancelled due to budget issues. 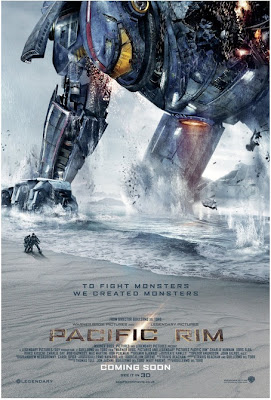 action epic PACIFIC RIM coming from Guillermo del Toro. The film, which will premiere next July, follows legions of monstrous creatures, known as Kaiju, who started rising from the sea, and a war began that would take millions of lives and consume humanity’s resources for years on end. To combat the giant Kaiju, a special type of weapon was devised: massive robots, called Jaegers, which are controlled simultaneously by two pilots whose minds are locked in a neural bridge. But even the Jaegers are proving nearly defenceless in the face of the relentless Kaiju. On the verge of defeat, the 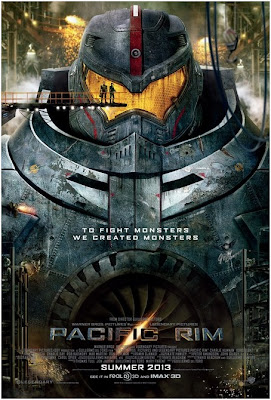 forces defending mankind have no choice but to turn to two unlikely heroes -a washed up former pilot (Charlie Hunnam) and an untested trainee (Rinko Kikuchi)- who are teamed to drive a legendary but seemingly obsolete Jaeger from the past. Together, they stand as mankind’s last hope against the mounting apocalypse.The cast also includes Idris Elba, Ron Perlman, Robert Kazinsky.

DID YOU KNOW?
As HOLLYWOOD SPY reported before, Charlie Hunnam is leading the cast of History Channel's first scripted television series VIKINGS which is to air sometime next year. Meanwhile, Idris Elba will again play Heimdall in THOR: THE DARK WORLD sequel! Del Toro is working on future THE INCREDIBLE HULK TV series as the producer.
Posted by DEZMOND at 12:00 AM