Everybody's favourite Hollywood hunk Ryan Reynolds keeps adding different roles to his CV. The new one is in QUEEN OF THE NIGHT.

To be directed by Atom Egoyan over in Canada and with Scott Speedman also in the cast, the psychological thriller will tell the story of a father who goes in search of his missing daughter. The young girl was eight at the time of her abduction, but the father is given new information about the case nearly nine years later, which leads him to think the now 17-year old is still alive. "Deadline" reports that Mireille Enos is due to play the wife of Ryan Reynolds character, who checks in with the police once a year in regards to her missing daughter, on her birthday. She comes to discover that disturbing memorabilia left at her workplace is actually clues leading to her daughter's whereabouts.


HOLLYWOOD SPY HEADLINES
Last week I informed you that there will be a movie adaptation of Stephen King's MERCY and now, according to "Variety", the film has found new cast member:

after AMERICAN HORROR STORY Dylan McDermott will return to the horror genre in this story which revolves around two young brothers (Joel Courtney and THE WALKING DEAD's Chandler Riggs) who discover that their grandmother is actually an evil witch. It's not known whom will Dylan McDermott play but we do know that Frances O'Connor will appear as the boys' mother. Speaking of THE WALKING DEAD, Jon Berhthal has joined GRUDGE MATCH, a comedy about two retired boxers (Robert De Niro and Sylvester Stallone) who step back into the ring to settle an old score. Jon Bernthal plays the estranged son of Robert De Niro's character, who feels conflicted about training his father.


THE PHYSICIAN TRAILER
And since you know that your trusted HOLLYWOOD SPY is one of web's biggest centrals for all things epic and historical, here's an exciting trailer for 2013 visually deeply exotic and atmospheric historical 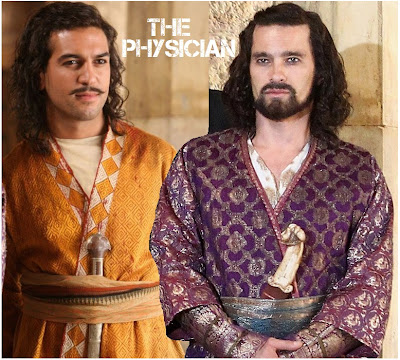 movie DER MEDICUS or THE PHYSICIAN. This German epic stars Ben Kingsley, Stellan Skarsgard, Olivier Martinez, Tom Payne. Here's the story:  When nine-year-old Rob Cole felt the life force slipping from his mother's hand he could not foresee that this 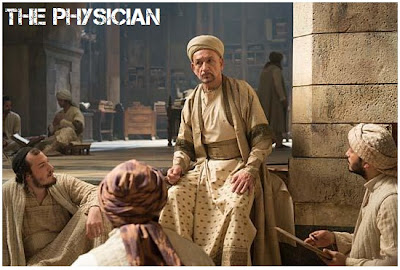 terrifying awareness of impending death was a gift that would lead him from the familiar life of 11th-century London to small villages throughout England and finally to the medical school at Ispahan. Though apprenticed to an itinerant barber surgeon, it is the dazzling

surgery of a Jewish physician trained by the legendary Persian physician Avicenna that inspires him to accept his gift and to commit his life to healing by studying at Avicenna's school. Despite the ban on Christian 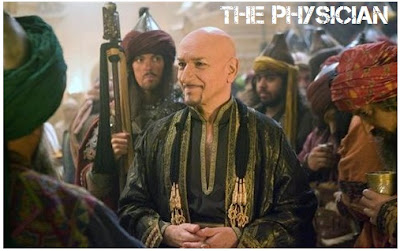 students, Rob goes there, disguising himself as a Jew to gain admission. The film is based on Noah Gordon's adventurous and inspiring bestselling novel of a quest for medical knowledge pursued in a violent world full of superstition and prejudice.
Posted by DEZMOND at 12:00 AM