Deadline reports that Emily Blunt might join Johnny Depp in TRANSCENDENCE in which they would play a pair of scientists who are trying to create the world's first sentient machine. When Depp is

murdered by extremists, Emily's character proceeds to upload his brain into a super computer. Blunt will also join Tom Cruise in ALL YOU NEED IS KILL sf epic about a soldier who is reborn every time he dies in battle and has to relive his death constantly. Emily has just been nominated for a Golden Globe in Best actress category in a comedy or musical for her role in SALMON FISHING IN THE YEMEN alongside her parther Ewan McGregor! Speaking of Globes it will be very interesting watching the red carpet on January 13th since among the nominated in different categories we also have Helen Mirren, Rachel Weisz, Bradley Cooper, Hugh Jackman,

You already know that HOLLYWOOD SPY loves ensemble dramas!  One of them just announced its stellar cast: PARTS PER BILLION will bring the story of three couples dealing with the same reality shaking event that threatens to tear them apart. Scheduled for 2014 the film will have GOSSIP GIRL's Penn Badgley, Teresa Palmer, GILMORE GIRLS' Alexis Bledel, Rosario Dawson, Josh Hartnett and two acting legends Frank Langella and Gena Rowlands in the cast. And, some eyecandy for my ladies today: young TEEN WOLF hunk Colton Haynes will join CW's superhero show ARROW where he will play Roy Harper. In DC's comics Harper has been known as Arrow's (Stephen Amell) sidekick Speedy, and also as Red Arrow and Arsenal and an ex Justice League 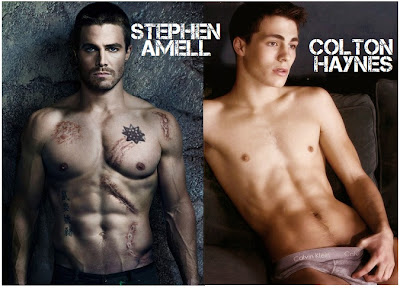 member. But within the show he will be a handsome, street-savvy teenager from the Glades, the harsh, poverty-stricken portion of Starling City who will fall in love with Arrow's younger sister. 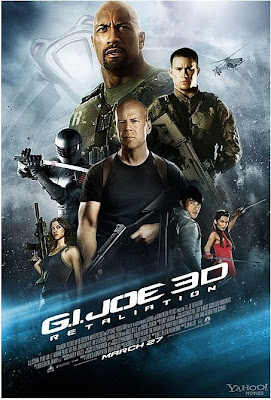 Tatum who has, in the meantime, become a major star with blockbuster hits) and it will finally open in cinemas next march. Today you can check out third, brand new, trailer filled with action scenes for the film with Channing Tatum, Bruce Willis, Dwayne Johnson, Adrianne Palicki, Ray Stevenson, Ray Park ... The third sequel in the famous franchise brings a new villain - Cobra spy Zartan, who has most of the Joes assassinated so the remaining Joes have to band together to strike back. Bruce Willis appears as the original Joe and Dwayne Johnson joins the stellar cast.
Posted by DEZMOND at 12:00 AM