We had two huge premieres this week - THE HOBBIT (pictures below) and LES MISERABLES in New York, and HOLLYWOOD SPY is going to take you to the red carpets of the two events if you haven't already seen the celebrity outfits shown there. LES MISERABLES had its premiere on Monday in New York and in the focus of attention was Anne Hathaway in her rather bold bondage-style heels which caught everyone's eye! I kinda liked the Tom Ford shoes, but I'm not sure they match the black gown also designed by Ford. The general consensus is that Anne just isn't sexy enough to pull out such elaborately hot shoes. But she had a shocking moment while getting out of her limo when she arrived at the premiere since she accidentally showed her vagina to the paparazzi! She obviously forgot to put on some underwear :) Lovely Amanda Seyfried, who plays Cosette in the film, also wore black but she added a golden Alexander McQueen top looking sparkly and romantic. Young Eddie Redmayne looked dashing & charismatic 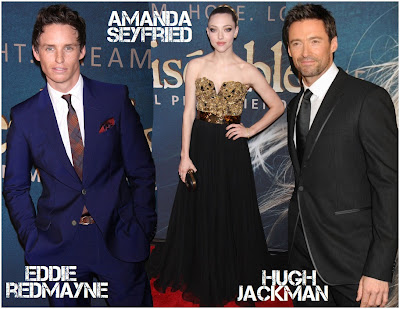 as always in his dark blue Alexander McQueen suit, while Hugh Jackman was equally handsome in his black suit. Hugh is a huge candidate for next year's Oscars.


HOLLYWOOD SPY HEADLINES
I've informed you yesterday that you could watch the live broadcast of THE HOBBIT Royal Premiere over in London on Warner Bros. YouTube channel, and I hope you did, but if you missed it, you can check out pictures from the green carpet with some of the biggest stars 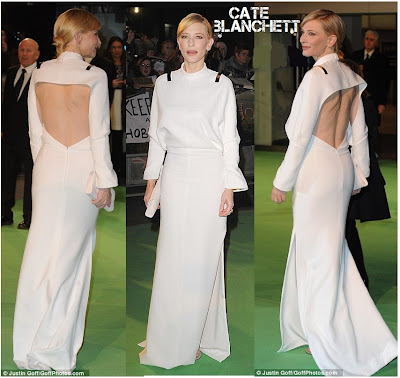 from the cast - Cate Blanchett who appeared in futuristic white gown as Elven queen Galadriel, stunning Luke Evans who plays Bard the Bowman and dashing Richard Armitage who playes Thorin the leader of Dwarves. And it seems that after A KNIGHT'S TALE we shall see 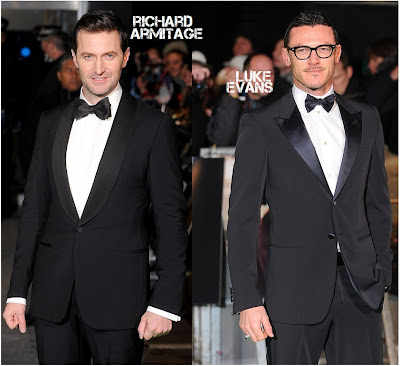 another film classic being turned into TV series: "Variety" writes about DEATH BECOMES HER becoming being adapted into a TV show for Bravo. The film starred Bruce Willis with Meryl Streep and Goldie Hawn as two women who attain eternal youth. Robert Zemeckis who helmed the film will produce the show.


PACIFIC RIM TRAILER
And here's a very special treat for you in the week which was filled with mindblowing sf trailers (from STAR TREK INTO DARKNESS, to OBLIVION, MAN OF STEEL and AFTER EARTH) - the first clip for PACIFIC RIM, a 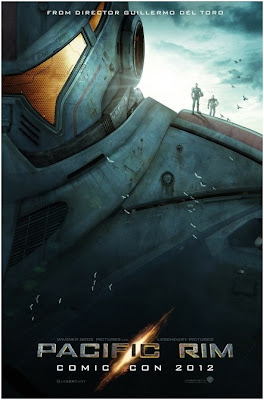 Guillermo del Toro sf action which you will watch July next year. Starring Charlie Hunnam, Idris Elba, Ron Perlman, Charlie Day, Burn Gorman, Clifton Collins Jr., Robert Maillet, Rinko Kikuchi... the movie follows legions of monstrous creatures, known as Kaiju, who started rising from the sea, and a war began that would take millions of lives and consume humanity’s resources for years on end. To combat the giant Kaiju, a special type of weapon was devised: massive robots, called Jaegers, which are controlled simultaneously by two pilots whose minds are locked in a neural bridge. But even the Jaegers are proving nearly defenceless in the face of the relentless Kaiju. On the verge of 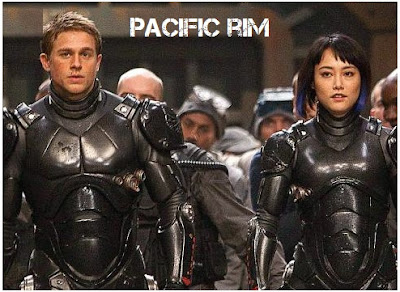 defeat, the forces defending mankind have no choice but to turn to two unlikely heroes -a washed up former pilot (Charlie Hunnam) and an untested trainee (Rinko Kikuchi)- who are teamed to drive a legendary but seemingly obsolete Jaeger from the past. Together, they stand as mankind’s last hope against the mounting apocalypse.