Your special treat for today is the second trailer for next year's superhero film MAN OF STEEL. It's much longer than the first one and reveals more of the action and the story. Clark Kent/Kal-El (Henry Cavill) is a young 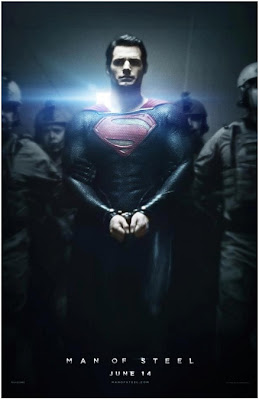 twenty-something journalist who feels alienated by powers beyond his imagination. Transported years ago to Earth from Krypton, a highly advanced, distant planet, Clark struggles with the ultimate question 'Why am I here?' Shaped by the values of his adoptive parents Martha (Diane Lane) and Jonathan Kent (Kevin Costner), Clark discovers having extraordinary abilities means making difficult decisions. When the world is in dire need of stability, an even greater threat emerges. Clark must become a Man of Steel, to protect the people he loves and shine as the world's beacon of hope - Superman! The cast also includes Amy Adams as Lois Lane, Russell Crowe as Jor-El, Julia Ormond as Lara and Michael Shannon as General Zod.


LONE RANGER TRAILER
And guess what? There's another second trailer for you - this one for THE LONE RANGER. The first one wasn't all that successful and 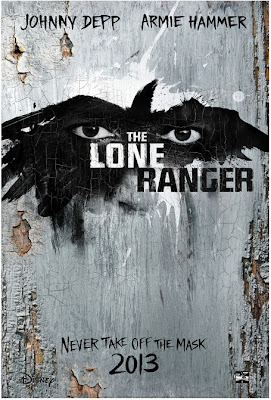 most people forgot that the film is hitting cinemas next summer. Maybe the second trailer is better? Starring Armie Hammer, Johnny Depp and Helena Bonham Carter (you are shocked, yes?), and directed by Gore Verbinski, the Lone Ranger's origin story begins with a group of Texas Rangers chasing down a gang of outlaws led by Butch Cavendish. The gang ambushes the Rangers, seemingly killing them all. One survivor is found, however, by an American Indian named Tonto, who nurses him back to health. The Ranger, donning a mask and riding a white stallion named Silver, teams up with Tonto to bring the unscrupulous gang and others of that ilk to justice.


WELCOME TO THE PUNCH TRAILER
Ah, that is how it goes in crazy Hollywood - no trailers for two months and then they release dozens of them in just one week. Your third clip for today is the first trailer for WELCOME TO THE PUNCH.  Ready to premiere next March and starring James McAvoy, Mark Strong and THE WALKING DEAD's David Morrissey, this crime thriller follows former criminal Jacob Sternwood who is forced to return to London from his Icelandic hideaway when his son is involved in a heist gone wrong. This gives detective Max Lewinsky one last chance to catch the man he has always been after. As they face off, they start to uncover a deeper conspiracy they both need to solve in order to survive.
PS don't forget that you can watch live coverage of THE HOBBIT ROYAL PREMIERE at London over at Warner Bros. channel!
Posted by DEZMOND at 12:00 AM