So, tell me, my little Hobbits and Elves, have you seen THE HOBBIT: THE UNEXPECTED JOURNEY? It has been breaking records with hundreds of millions of dollars already earned worldwide, so I am

guessing you have. In honour of the epic fantasy, we're spotlighting the boys from the cast. First part was yesterday (and it already has thousands and thousands of readings and we also got a personal thank you tweet from dear Luke Evans), and the second one is in front of you today!

LEE PACE
ELVEN KING THRANDUIL
He definitely brings the charm of old Hollywood actors to modern times with his relaxed elegance, his magnetic charisma and his warm boy-next-door smile.  You first fell in love with Lee Pace when he 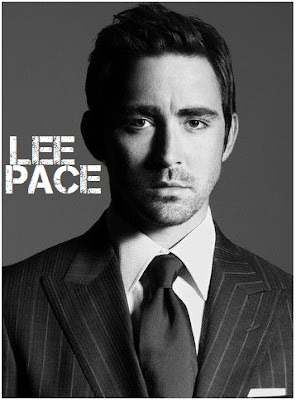 became television star in crazy show PUSHING DAISIES where he had the power to bring dead people back to life. But the role which brought him cinematic fame was the legendary one in Tarsem's THE FALL, one of visually most striking movies ever in which Lee got the chance to shine with his radiant warmth and expressive eyes next to adorable Catinca Untaru glorifying the power of imagination and creativity. I'm thinking this is exactly where Peter Jackson noticed Lee's amazing eyes and his outstanding talent (he admitted that much himself in an interview recently) and that is how Pace got the most coveted role of Elven king Thranduil in THE HOBBIT saga. 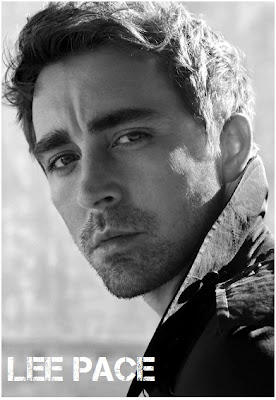 Here he plays the ruler of Mirkwood elves, the father of Legolas, who will in his might and power lead his elven armies against Goblins in the Battle of Five Armies. People who watched THE HOBBIT were deeply enchanted by his appearance in it even though he only has a very short scene in it. You have watched Lee earlier this year in LINCOLN and that TWILIGHT crapfest too.
Did you know that Lee Pace was nominated for Golden Globes two times for his television work. He is the same age as his HOBBIT co-star Luke Evans. It is interesting that during his studies at Juilliard he played a lot of Shakespeare and later on he became an award winning theatre actor. He spent a big part of his childhood in Saudi Arabia since his dad was an oilman. 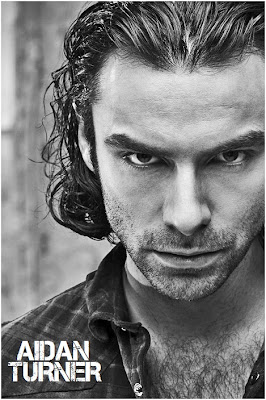 Now, this charming Irishman stole the spotlight when he appeared in legendary BBC television series BEING HUMAN in which he played a romantic vampire who shares a flat with a werewolf and a ghost. The role brought him an army of lady fans and it also brought him first deals in Hollywood. Before BEING HUMAN he acted in British TV series such as THE TUDORS and THE CLINIC, but after the vampire role he hit it big by scoring the role of dwarf Kili in Peter Jackson's THE HOBBIT saga. Here he plays a young dwarf noble raised under the stern guardianship of his uncle, Thorin Oakensheild. He, and his brother Fili, as skilled fighters, set off on their 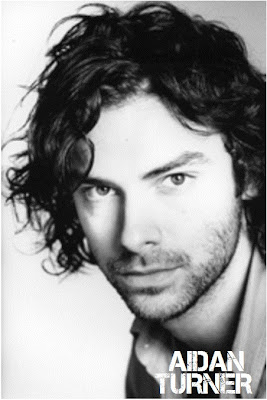 adventure armed with the invincible courage of youth, neither being able to imagine the fate which lies before them. He will die later on defending Thorin at the Battle of the Five Armies! Aidan Turner has already scored another big role - he will play Luke Garroway in the movie adaptation of bestselling fantasy saga THE MORTAL INSTRUMENTS. Luke Garroway is the surrogate father to the protagonist Clary Fray (Lily Collins) a young woman who learns she comes from a long line of demon hunter! It is interesting that Aidan got this role after the director saw him in THE HOBBIT footage shown at Comic-Con! 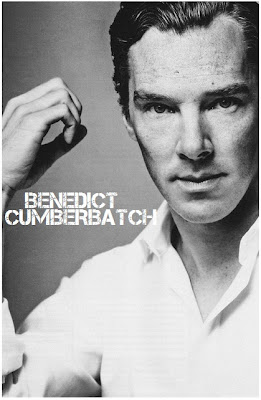 Benedict Cumberbatch is lending his voice to Smaug, one of the last great dragons of Middle-earth who attacked the Dwarf kingdom of Erebor driving out the Dwarves and taking all of the treasure within. Living there for two hundred years and guarding the treasure he also makes the people of the nearby Lake-town live in constant fear that one day the sleeping dragon might awake.He will also voice the Necromancer Ruler of the stronghold of Dol Guldur in southern Mirkwood. As you know, Benedict is mostly famous for his role in BBC's worldwide hit series SHERLOCK, but he is also appreciated for his roles in acclaimed mini series such as TO THE 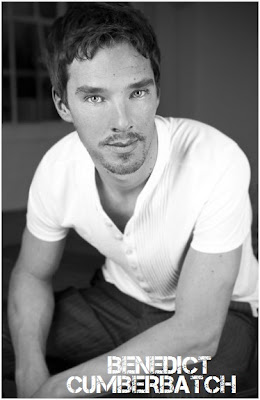 ENDS OF THE EARTH, THE LAST ENEMY and PARADE'S END. It is very interesting that he often plays in historical movies and films so we have seen him in TO KILL A KING, AMAZING GRACE, THE OTHER BOLEYN GIRL, ATONEMENT, CREATION. You saw him in Steven Spielberg's WAR HORSE and in TINKER TAYLOR SOLDIER SPY. He has quite a lot of upcoming projects: beside THE HOBBIT saga he will also work in AUGUST OSAGE COUNTY next to Meryl Streep and Ewan McGregor, as villainous Khan in STAR TREK INTO DARKNESS, in another historical film TWELVE YEARS A SLAVE with Michael Fassbender and Brad Pitt, and in a JULIAN ASSANGE biopic.
Posted by DEZMOND at 12:00 AM