Now, I know that most of you will rush to watch THE HOBBIT and LES MISERABLES this December, but you might wanna take your kids to see some 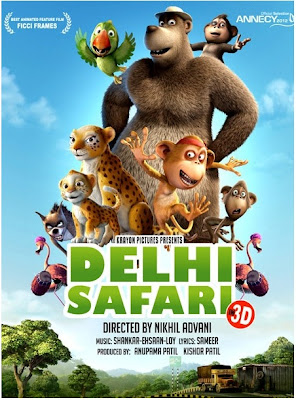 animated flicks too.Here are two that premiere this month.


DELHI SAFARI
This one comes from India and I bet you didn't even know they also have animated movies. DELHI SAFARI hits cinemas in United States of America December 7th bringing the story of a journey undertaken by a cub leopard, his mother, a monkey, a bear and a parrot when the forest they live in is on the verge of destruction. A man is on the run to destroy the forest in order to erect a balcony. These five animals plan to go to Delhi and ask the parliament 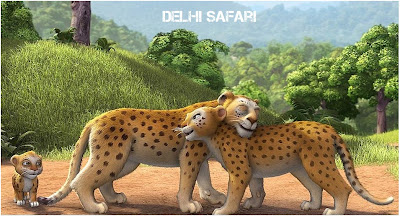 some very simple yet pertinent questions - why has man become the most dangerous animal? Doesn't man understand that if the forests and the animals don't exist, man will cease to exist? With the budget of about $ 15 million, this delightful movie has quite an interesting cast 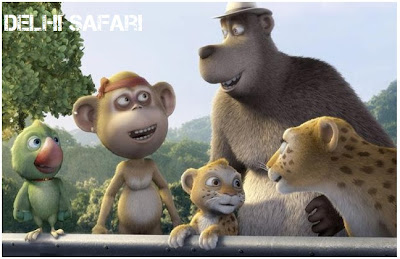 including Cary Elwes as sultan, Christopher Lloyd as pigeon, Jason Alexander as Male Flamingo and Hyena Cook with Jane Lynch as the Female Flamingo, and Vanessa Williams as Begum. Check out the fun and colourful trailer for the film:


DINO TIME
The second animated film that you will watch this month is ready to open up in cinemas also December 7th. DINO TIME follows three 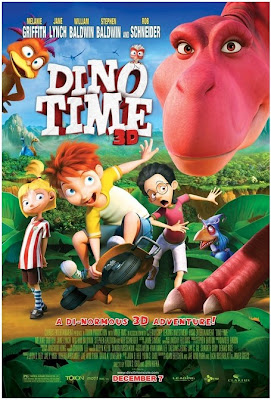 curious kids who accidentally trip an egg-shaped time machine into operation and find themselves back 65 million years in the middle of a nest of dinosaur eggs. The first thing they see is a giant T-Rex staring down at them in happy wonder. They're not food, they're family! Now the kids have just until the real eggs hatch to find their way back to the present, facing other prehistoric monsters and dangers along the way. The strangest thing is that beside the same premiere date another thing DINO TIME has similar with DELHI SAFARI is that they both have Jane Lynch and Tara Strong in the voice cast. Rob Schneider, Melanie Griffith and Stephen and William Baldwin are also in the cast. The film is an American and South Korean coproduction.
Posted by DEZMOND at 12:00 AM