Woohoo, people, good news - we shall have yet another historical show coming up to the small screens in the future. According to "The Hollywood Reporter" CW is developing Robin Hood show SHERWOOD but instead of Robin, the focus of the show will be on a female vigilante who teams up with the fictitious outlaw and his Merry Men. One hour long series, to be written by CASHMERE MAFIA's Tze Chun, will be set in 1072 in England and will depict the adventures of a noblewoman who attempts to free her wrongly-jailed boyfriend from Norman occupiers with the help of Robin of Locksley and his gang. Seeing help from the vanished Robin of Locksley, she inadvertently reunites and joins the fabled Robin Hood and his Merry Men, inspiring new hope for the oppressed people of Nottingham. This is not the only epic show CW is developing since they are also working on AMAZON series which will centre on Wonder Woman and her origins.


HOLLYWOOD SPY HEADLINES
The same site also reports on Paramount preparing the movie adaptation of THE FALSE PRINCE novel by Jennifer A. Nielsen, which was published this April and is a part of the ASCENDANCE fantasy trilogy. 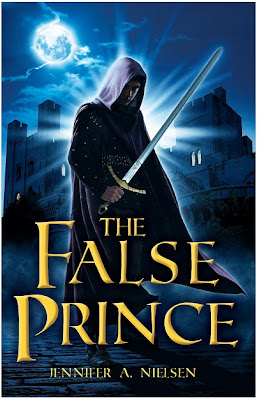 Bryan Cogman, who is the story editor for GAME OF THRONES, will adapt this one which has story similarities with the HBO show: In a distant land, and with king, queen and crown prince murdered, a nobleman devises a plan to find someone to impersonate the king’s long-lost son and act as a puppet. An orphan finds himself chosen with three other boys in the running. But this is no mere competition - with court intrigue and political conspiracies make it a contest to the death. I wonder why are so many YA female writers writing books about kids who have to fight to the death??? Deeply bizarre, disgusting and dangerous.


SPARTACUS WAR OF THE DAMNED TRAILER
And to finish in an epic way, since Hollywood Spy is web's leading source on everything epic, fantastic and historical, here's the new trailer for SPARTACUS: WAR OF THE DAMNED! The final ending season will air on Starz from January 25th starring Liam McIntyre, Manu Benett, Dan Feuerriegel, Dustin Clare,  Pana Hema 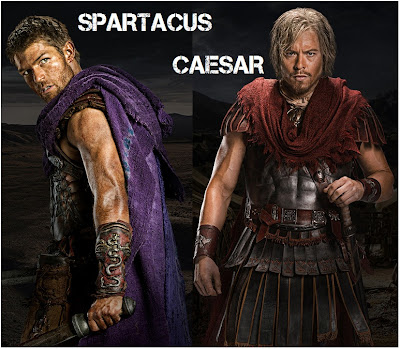 Taylor and Tod Lassance as Caesar! Gaius Claudius Glaber is dead. Many months have passed since his defeat, and the rebel army, led by Spartacus and his generals Crixus, Gannicus and Agron, continue to amass victories over Rome. With the rebel numbers swelling to 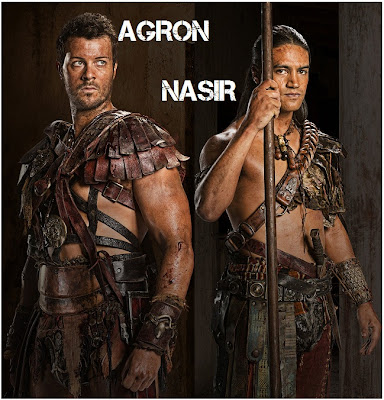 thousands of freed slaves, it has become a force that has started to challenge even the mighty armies of Rome. Spartacus is more determined than ever to bring down the entire Roman Republic. Following the death of Ashur, Naevia and Crixus fight as one with newfound strength and determination. And Gannicus, always seeking to 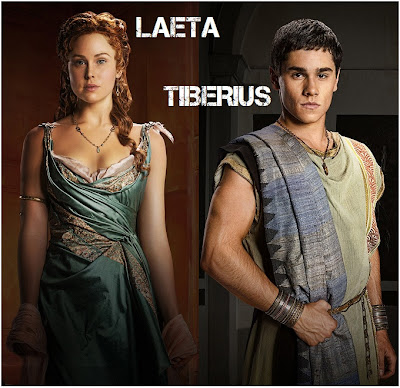 embrace life to the fullest, shares his bed with the beautiful and dangerous Saxa. Together, the rebels engage in one bloody skirmish after another and prepare for the inevitable: a full out war with Rome. The Roman Senate turns to its wealthiest citizen, Marcus Crassus, for aid. A powerful, strategic politician, he respects his opponent and 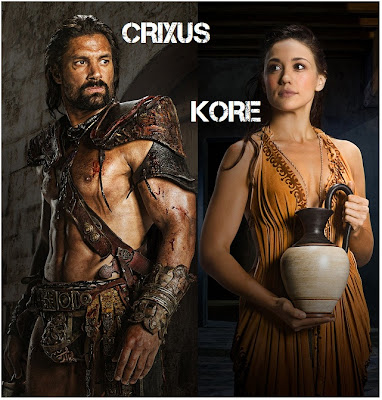 refuses to make the same mistakes Glaber and his predecessors have. With a young and fiercely competitive Julius Caesar as an ally, Crassus is determined to crush Spartacus and his rebellion. The epic conclusion of a legendary journey, SPARTACUS WAR OF THE DAMNED will unleash a battle unlike anything ever seen before.
Posted by DEZMOND at 12:00 AM