Well, my little munchkins, a few days ago your trusted HOLLYWOOD SPY informed you about Disney wanting Cate Blanchett in the role of wicked 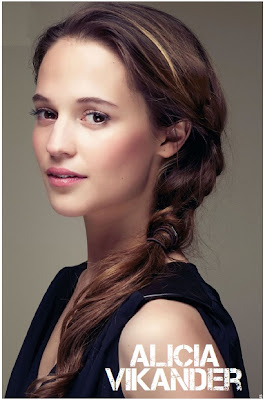 stepmother in their movie adaptation of CINDERELLA, and now I have the first names for the title role: three young actresses in the run for the role of the hardworking beauty are Saoirse Ronan (I'm not sure why she gets almost all young female roles these days as if other actresses don't exist, I like her but she's no Cinderella for me), Gabriella Wilde (she already wore period costumes in THE THREE MUSKETEERS) and Alicia Vikander (I've mentioned her recently as the lead in Danmark's Oscar contender THE ROYAL AFFAIR and she is also seen in ANNA KARENINA and will be seen next year in epic fantasy THE SEVENTH 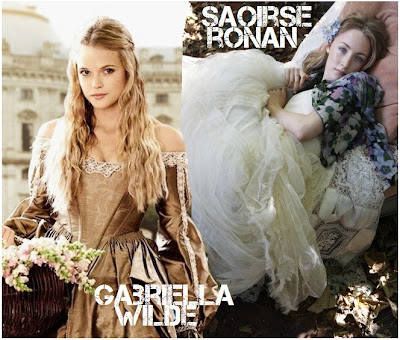 SON next to Kit Harrington and Julianne Moore). These three ladies will do tests for the role in the upcoming days. Mark Romanek is directing this big budgeted cinematic visual spectacle in the vein of ALICE IN WONDERLAND.


HOLLYWOOD SPY HEADLINES
He sure did turn from an irritating brat to a little hero in THE WALKING DEAD as Rick's son Karl, but little Chandler Riggs is moving onto the big screen too: according to "Heat Vision" he will

take the lead role in MERCY. A movie adaptation of Stephen King's short story GRAMMA, the film will revolve around two brothers (Chandler Riggs and Joel Courtney from SUPER 8) who go with their mother (Frances O'Connor) to take care of their grandmother. The boys soon discover that their grandma is actually an evil witch who uses black magic. In other fantasy news today, STAR TREK's J.J. Abrams will produce GOD PARTICLE, a sf flick with a small budget which will centre on a team of American astronauts aboard a space station who are left stranded when the Earth vanishes into thin air, after a mishap with a Hadron particle accelerator. While they try to determine a course of action, they discover a European spacecraft on their radar. 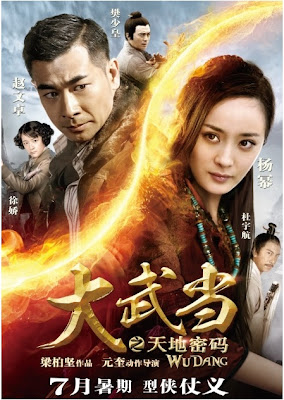 Check out the trailer for Chinese martial arts period adventure WU DANG set in Shanghai, early Republican China, 1920s. Professor Tang Yunlong (Vincent Zhao), a widowed adventurer, returns to China from the US for the first time since he left during the Qing dynasty. He is sponsoring martial arts games at a Daoist monastery in the Wudang Mountains in which his teenage daughter, Tang Ning (Josie Xu), is to compete. En route to Shanghai's railway station, Yunlong stops to advise a friend from the Manchu nobility on 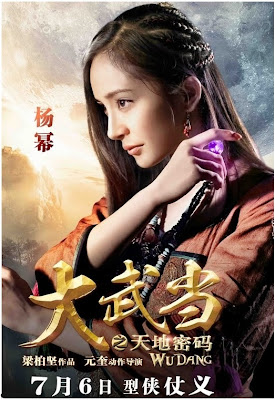 the purchase of a 2,000-year-old sword, reputed to have magical properties, that has long gone missing. The seller is an overseas Chinese arts trafficker, Paul Chen (Shaun Tam), who is asking US$300,000. Yunlong spots that the sword is a fake and narrowly escapes alive when Chen tries to kill him. However, Yunlong manages to keep a coded Wudang treasure map he found in the sword's box. Among those assembling for the games is Tian Xin (Mini Yang), a member of the clan who once owned the sword, who has been entrusted by her grandfather to recover it and has a copy of the same treasure map. Tian Xin and Tang Ning both win their initial heats in the games, 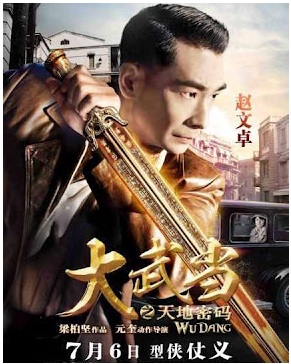 though Yunlong tells his daughter to take things more seriously. Searching separately in the mountains one night, Yunlong and Tian Xin find a cave with some swords but are attacked by their guardian, monk Bai Long (Dennis To). Yunlong and Tian Xin agree to join forces, with her keeping the sword and him keeping the rest of the treasure. Meanwhile, Tian Ning has got to know a young monk, Shui Heyi (Louis Fan), who is being trained by the chief abbot, Xie (Henry Fong), in "sleeping kung-fu". Yunlong and Tian Xin try to decipher the secrets of the treasure map, but then Chen turns up looking for revenge! 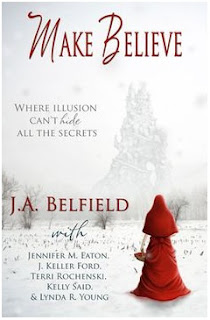 CALLING ALL SPY'S ANGELS!
And if you have some time for reading this festive season, I have a perfect book for you:a collection of short stories MAKE BELIEVE which also includes a short story from our beloved friend and HOLLYWOOD SPY's personal Australian angel Lynda Young titled BIRTHRIGHT. The book is out December 3rd and you can buy it if you click the link!