You have probably noticed, by now, my little freaks, that we have survived the Mayan apocalypse and that we are (most of us) still in our non-zombie shapes. But Hollywood is obviously still obsessed with the

impending doom and is preparing tones of apocalyptic movies for 2013, so let us do a spotlight on them. You saw the first part yesterday, and here's the second one: 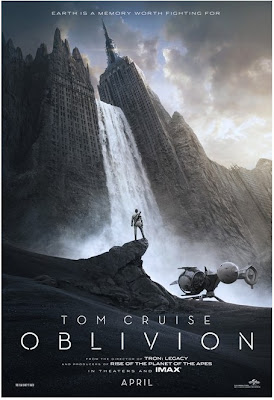 crazy man Tom Cruise, stunning Olga Kurylenko, GAME OF THRONES' Nikolai Coster Waldau and Morgan Freeman. Directed by TRON:LEGACY helmer Joseph Kosinski, the story is set in post-apocalyptic Earth, where civilization lives above the clouds and scavengers illegally collect artefacts from the polluted and destroyed surface below. When one young scavenger discovers a crashed spacecraft planetside - and a beautiful women within - he rejoices at the find. Little does he realize that his discovery will lead him to a journey filled with romance, adventure and unimaginable danger.

Having in mind that Tom Cruise's latest film JACK REACHER has been a shocking flop at the box office the question is whether OBLIVION will manage to return it's costly budget of $140 million.
Before the lead female role went to gorgeous Olga, it was the focus of a competition between Olivia Wilde, Jessica Chastain, Kate Mara and many others. While Kate Beckinsale, Diane Kruger and Hayley Atwell all auditioned for the second female role which later on went to an uknown actress.


WORLD WAR Z
Now this one will bring another of Hollywood's favourite looks upon the doomsday -  a zombie invasion, but if you thought you've seen all about zombie invasion in popular TV show THE WALKING DEAD, you ain't seen nothing, because WORLD WAR Z promises swarms and hordes of zombies attacking worldwide like mad ants! With the aim to

be one of summer 2013 blockbusters this zombie adventure has a dynamic story which revolves around United Nations employee Gerry Lane (Brad Pitt), who traverses the world in a race against time to stop the Zombie pandemic that is toppling armies and governments and threatening to decimate humanity itself. The cast of the epic film also 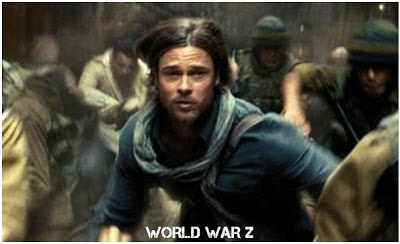 includes Matthew Fox, David Morse and James Badge Dale as Captain Speke, an American soldier who tries to warn the government that the threat of zombies is real, and the director is dashing Michael Forster from QUANTUM OF SOLACE.
DID YOU KNOW?
The whole film is based on the popular book by Max Brooks which became a worldwide bestseller. As you probably remember, the shooting 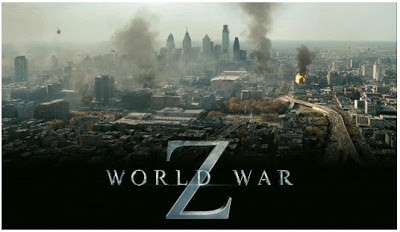 of the film underwent lots of problems - from all the weapons used in the scenes being seized by the Hungarian police, to Brad Pitt shooting some of the scenes in a Viagra factory and to tones of American cars and trucks being shipped over to UK sets to give the authentic look.
Posted by DEZMOND at 12:00 AM