So, tell me, my little Hobbits and Elves, have you seen THE HOBBIT: THE UNEXPECTED JOURNEY? It has been breaking records with hundreds of millions of dollars already earned worldwide, so I am

guessing you have. In honour of the epic fantasy, we're spotlighting the boys from the cast. First part today, and the second one tomorrow! Glorious Welshman really did fulfil his dreams when Peter Jackson called him and offered him the role of Bard the Bowman who leads the armies of men in the Battle of Five Armies and after that becomes the new king. This is by no means unusual, since deeply charismatic and utterly magnetic Luke Evans is used to royal and godly roles - he was the ruler of Olympus, supreme God Zeus in Tarsem's magnificent epic IMMORTALS next to Henry Cavill, and he was also a God in CLASH OF THE TITANS in which he played Apollo, while in THE THREE MUSKETEERS he was also in royal company as dashing Aramis. You've watched him this year in Gothic thriller THE RAVEN and will see him in the future in the other 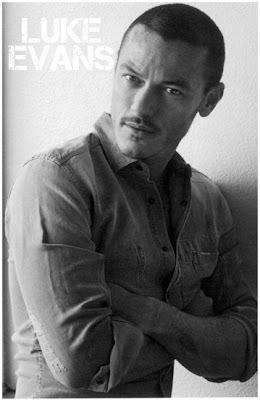 two HOBBITS and in THE FAST AND THE FURIOUS 6 next to Dwayne Johnson, Paul Walker and Vin Diesel.  He is a frequent guest at Hollywood auditions for the upcoming blockbusters and is also a bit of a style icon with his photo shoots covering the pages of biggest fashion magazines. He is also known as one of the sweetest celebrities who always has time for his fans, known as the Luketeers, and you all remember how kind he was earlier this year when he personally wished your dear HOLLYWOOD SPY a happy birthday :)A true modern gentleman and a man of honour.


RICHARD ARMITAGE
THORIN THE DWARF
Similarly to Luke, seductive Richard Armitage is also known for having extremely faithful fans. Some even believe that he gets most of 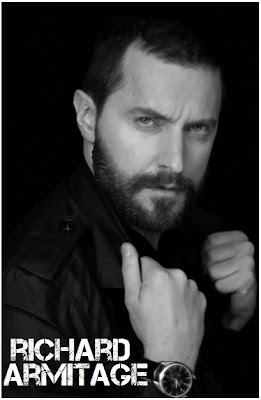 his roles thanks to the energy and support of his dear fans. In THE HOBBIT, Richard plays Thorin a strong and fearless fighter and revered leader of Dwarves, who wants to reclaim his kingdom from the evil dragon Smaug who took their homes and fortune and forced once proud and noble race into exile. In his wish to return the vast treasure of his homeland Erebor, he will bring twelve dwarves with him to Bilbo Baggins’ front door and that's how The Quest of Erebor will begin. Dashing Brit got famous playing villainous Guy of Gisbourne in BBC's show ROBIN HOOD, and then 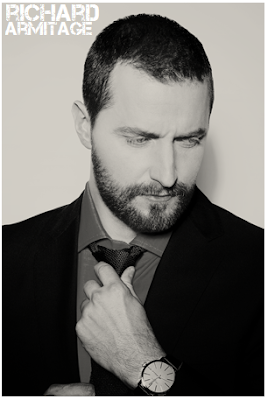 he became a bit of an action star playing policemen in MI5 and STRIKE BACK shows.
In the meantime he scored another big blockbuster in his CV - CAPTAIN AMERICA in which he played Heinz Kruger. Beside the other two HOBBIT films, in the future we shall also watch him in BLACK SKY a film about a group of high school students document the events and aftermath of a devastating tornado. Again, similarly to Luke Evans, who has the most angelic voice and loves to sing and star in musicals, Richard is also talented for music and plays the cello, guitar, and flute.


GANDALF THE WIZARD
The youngest and the most charming of our Hobbit boys :))) - Sir Ian McKellen is truly an acting legend. He probably would've missed the role of his lifetime 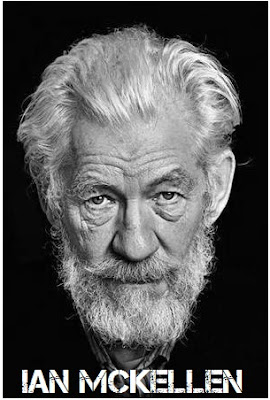 if Sean Connery didn't refuse Peter Jackson's offer to portray the powerful wizard who has built deep relationships over time with great lords and leaders of Dwarves, Men and Elves. Sean didn't like the idea of spending more than a year over at New Zealand so Ian McKellen got his chance to truly shine in one of the most beloved fantasy roles ever. Although the younger audience mostly knows him as Gandalf and as Magneto from X-MEN saga, Ian is actually a tremendous dramatic actor who has earned tremendous critical praise for his outstanding roles in 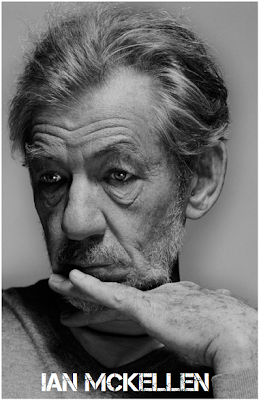 RICHARD III and GODS AND MONSTERS. Can you believe that he's never actually won an Oscar but was only nominated two times??? He's never won a BAFTA either. It is interesting that in the future we shall watch him on TV next to Derek Jacobi in ITV sitcom VICIOUS in which they will play a gay couple :) The show will revolve around friends that bicker, argue and are delightfully vicious to each other. They will play long-time couple Freddie and Stuart who have lived together in a small London apartment for nearly 50 years. A former actor and an ex-barman, their lives now consist mainly of reading, walking their dog and bickering.
Posted by DEZMOND at 12:00 AM