So, tell me how did you survive the last episode before the midseason break of the worldwide megapopular THE WALKING DEAD show? Did you scream when Michonne poked Governor's eye out? How do you feel about the new group joining Rick's people in the prison? Will Daryl and Merle escape or kill each other? Will Andrea continue to swoon over the evil Governor like a little girl? And do you agree that the Governor, with his morbid love for little zombie Penny, is still a better parent than Lori ever was? But before the finale of the 3rd season continues February 10th, let us do a spotlight on the boys from the show.

written on pieces of cardboard? Believe it or not that was our brave sheriff Rick from THE WALKING DEAD in his early romantic moments :) But he had other unexpected moments in his earlier career: before he became television's most famous zombie killer he actually loved to play full nude in films and you can Google his scantily clad self and see it for yourself :) I also bet that most of you didn't know that he is actually very British which means that he is very good with accents since he convincingly plays a southern American man in THE WALKING DEAD, maybe it's because he finished the famous Royal Academy of Dramatic Art in London like many other British thespians. After LOVE ACTUALLY he actually did tones of TV work over in UK. Did you know that Apple, the daughter of Coldplay's Chris Martin and Gwyneth Paltrow, served as a flower girl at his wedding? Just like the character of good sheriff Rick from the zombie show, Andrew is an honourable man in his private life and is known for his charity work!


STEVEN YEUN
Now, if you follow HOLLYWOOD SPY regularly you already know that Steven Yeun's Glenn from THE WALKING DEAD is my favourite character in the 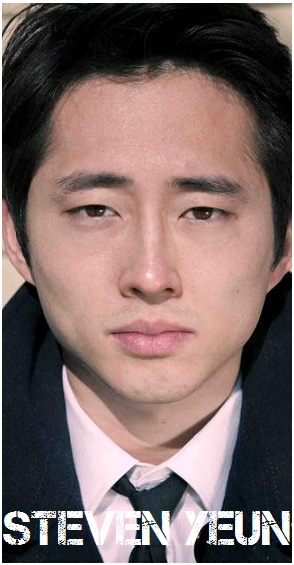 show: he is good, kind, honourable, always there to help, brave and also very loving towards his dear Maggie. Like a tiny sparkle of hope in the zombie infested doomed mankind.  Similarly to his friend Andrew Lincoln, Yeun also worked mostly on TV before his role in the zombie show: you've seen him in THE BIG BANG THEORY, in LAW AND ORDER, in WAREHOUSE. Steven was born in South Korea and when he and his family moved to USA he studied psychology at college before getting gigs in many TV commercials for Apple, Milky Way etc. Thanks to the worldwide success of THE WALKING DEAD he is hugely popular in Korea where they considered him their own Brad Pitt. There are gossips that he and Lauren Cohan, who plays Maggie, are an item off screen too.

NORMAN REEDUS
Beside Andrew Lincoln, Norman was probably the most famous name in the cast when the show started and he managed to become even more popular thanks to his role of Daryl, a farm boy with a warm heart who is not thinking twice when he has to use his crossbow. Before 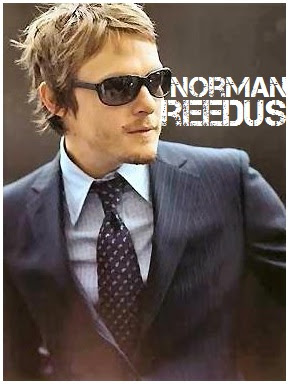 the show he played in THE BOONDOCK SAINTS next to Sean Patrick Flanery, in BLADE II, in TV shows CHARMED and HAWAII FIVE O. And you all remember him from the lead role in Lady Gaga's video for her JUDAS hit song. This year he played in NIGHT OF THE TEMPLAR and in SUNLIGHT JR with Naomi Watts and Matt Dillon. And next year we shall watch him in PAWN SHOP CHRONICLES next to Brendan Fraser, Paul Walker, Elijah Wood, Vincent D'Onofrio and Thomas Jane, in a story about a missing wedding ring which leads to a wild-goose chase involving meth addicts, skinheads and an Elvis impersonator. The 43 year old was a Prada model in his youth, 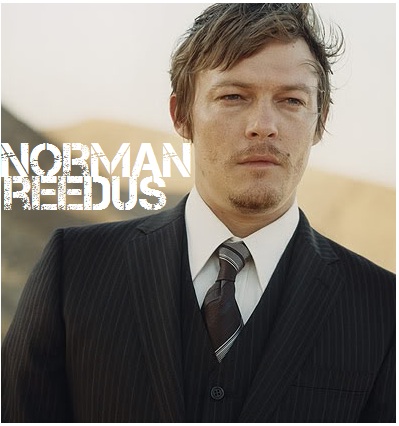 and he has a son named Mingus with famous top model Helena Christensen. Did you know that back in 2005, while driving home from R.E.M. concert he had an accident leaving him without an eye (kinda like the Governor in the show) which is why he now has a titanium eye-socket!
Posted by DEZMOND at 12:00 AM