Deadline reported last weekend that everybody's favourite Reese Witherspoon has yet another future gig: she will take the lead role in WILD. The movie adaptation of Cheryl Strayed's memoirs will be penned by famous writer Nick Hornby (that was the personal wish of Reese herself) and will revolve around Strayed's 1100-mile solo hike along the Pacific Crest Trail from the Mojave Desert through California and Oregon to Washington State. With no experience, the woman succeeded with the long trek, and managed to get her life back together in the process. She was going through the death of her mother and the break-up of her marriage at the time. Reese wanted Hornby to adapt the script because his innate blend of humanity and humor are a perfect match for Cheryl's raw emotional memoir.

In short news today, "Deadline" reports that HIGH- LANDER remake has lost director Juan Carlos Fresna- dillo due to creative differences with Summit Entertain- ment. He is the second helmer to leave the project, but Ryan Reynolds is still attached to play the lead role of Connor McLeod, an immortal warrior from the line of Highlanders, who can only die if their heads are cut off. The film should hit cinemas in 2014. And beside BOY MEETS WORLD sequel which will see Corey and Topanga as parents in a new sitcom titled GIRL MEETS WORLD, we shall see another big reunion on TV: Tim Allen's delightful and mega successful sitcom LAST MAN STANDING (I personally love watching it) will see Allen and Richard Karn reunite again. Karn played Tim The Toolman Taylor's co-host and friend Al in 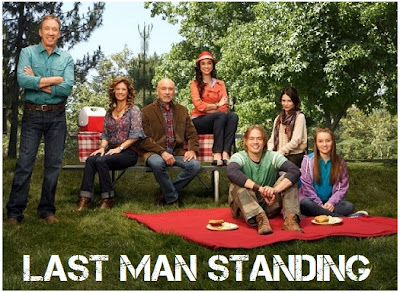 one of the most famous sitcoms in history HOME IMPROVEMENT. In one of the upcoming LAST MAN STANDING episodes, Karn will play the architect who designed the store in which Tim Allan works. Tim's new sitcom has been having great viewing rates around the world and is enjoying its second season. 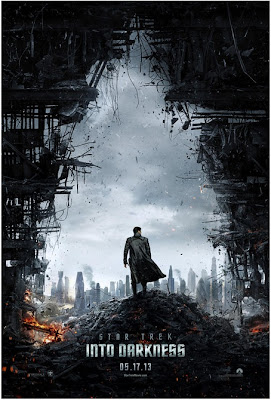 revealed:  When the crew of the Enterprise is called back home, they find an unstoppable force of terror from within their own organization has detonated the fleet and everything it stands for, leaving our world in a state of crisis. With a personal score to settle, Captain Kirk leads a manhunt to a war-zone world to capture a one man weapon of mass destruction. As our heroes are propelled into an epic chess game of life and death, love will be challenged, friendships will be torn apart, and sacrifices must be made for the only family Kirk has left: his crew. The old cast returns - Karl Urban, Chris Pine, John Cho, Zoe Saldana, Zachary Quinto with Benedict Cumberbatch as the villain. Ps you can see the Starfleet logo through the ruins!
Posted by DEZMOND at 12:00 AM