One of the most talked about pieces of movie info in last few days is the start of the casting process for GUARDIANS OF THE GALAXY, the movie adaptation of Marvel's comic book about a team of superheroes. A whole slate of young actors are currently doing tests for the lead role of Guardians' leader Peter Quill. According to latest updates in the run for the role are Lee Pace, who is currently playing Elven king Thranduil in THE HOBBIT, James Marsden, who already has superhero experience from playing Cyclops in XMEN, Eddie Redmayne, whom you will soon watch in LES MISERABLES, Sullivan Stapleton, Australian hunk who is playing the lead role in 300 prequel RISE OF AN EMPIRE, young Jim Sturgess, and two people who are, for some strange reason, always mentioned in most of the Hollywood 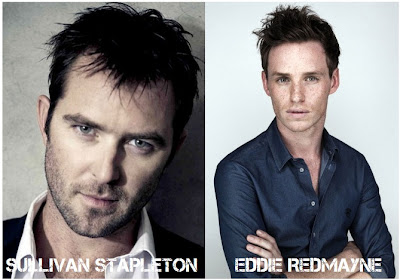 castings even though they never seem to get any big role (either for the lack of talent or charisma) - Garret Hedlund (ERAGON) and Joel Edgerton (WARRIOR). The role in question - of Peter Quill - is of a 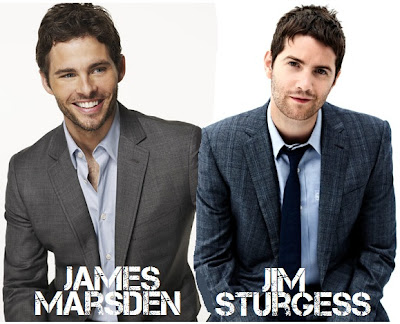 former NASA astronaut who comes to learn that his father is an alien, which leads him into outer space. Armed with a sentient ship and a suit that enhances his strength, Quill eventually transforms himself into the Star-Lord.The film is scheduled for August 2014!


HOLLYWOOD SPY HEADLINES
Here's an interesting sci fi project coming up in the future: 20th Century Fox will do a movie adaptation of WOOL, a five part novel saga from 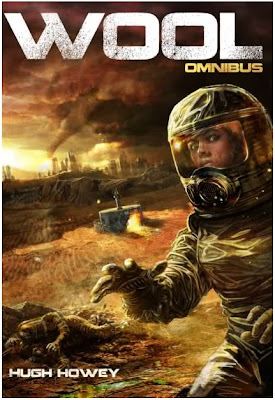 Hugh Howey who published the books himself. The film, to be directed by J. Blakeson (THE DISAPPEARANCE OF ALICE CREED), will be set in subterranean silos that house the remnants of humanity on a post apocalyptic Earth. "MovieWeb" brings the synopsis: "Thousands of them have lived underground. They've lived there so long, there are only legends about people living anywhere else. Such a life requires rules. Strict rules. There are things that must not be discussed. Like going outside. Never mention you might like going outside. Or you'll get what you wish for".


DISNEY'S FROZEN ARTWORK
And I have an update for you on Disney's 53rd animated feature film FROZEN which will hit cinemas in winter 2013. Jennifer Lee, who

worked on WRECK IT RALPH has joined Chris Buck (TARZAN, THE LITTLE MERMAID) in directing this winterish movie adaptation of the famous SNOW QUEEN fairy tail from Hans Christian Andersen 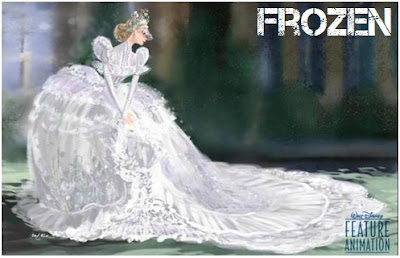 with a little twist in the story. Featuring the voices of Kristen Bell and Idina Menzel, FROZEN is the coolest comedy-adventure ever to hit the big screen. When a prophecy traps a kingdom in eternal winter, 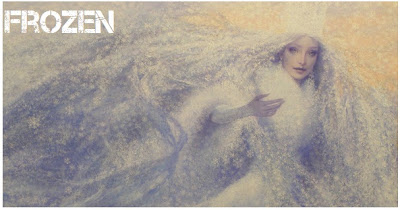 Anna, a fearless optimist, teams up with extreme mountain man Kristoff and his sidekick reindeer Sven on an epic journey to find Anna's sister Elsa, the Snow Queen, and put an end to her icy spell. Encountering 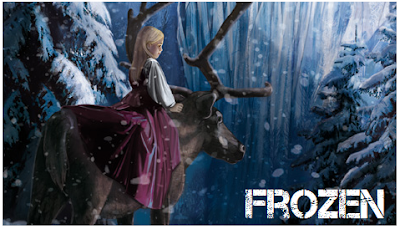 mystical trolls, a funny snowman named Olaf, Everest-like extremes and magic at every turn, Anna and Kristoff battle the elements in a race to save the kingdom from destruction.
Posted by DEZMOND at 12:00 AM