Great news people. All of you who are fans of legendary and ground breaking epic 300, which earned hundreds of millions of dollars worldwide last decade introducing us to some of the actors who will later on become the

biggest male stars (from Gerard Butler to Michael Fassbender), will be happy to hear that the producers are in talks to bring back amazing Rodrigo Santoro to the sequel titled 300: BATTLE OF ARTEMISIA, in which he would repeat his stunning role of the Persian king Xerxes since the second film will follow his rise and the battles which happened between him and the Greeks before the famous battle from 300. You probably remember from my previous posts that Australian hunk Sullivan Stapleton has been added in the lead role of the Greek general Themistocles, while Eva Green will probably take the role of the evil sorceress Artemisia who convinces Xerxes to go into battle.

with one of her young students. But afterwards, the trouble emerge when he not only starts to date her own teenage daughter but also begins to stalk her and her family playing a weird psychological game with her. Well, the update which comes from "Variety" is that HARRY PLOPPER villain Tom Felton could go evil again taking the role of the naughty boy. He sure does have evil look about him. Meanwhile, Gerard Butler will star in OLYMPUS HAS FALLEN, described as a "Die Hard" in the White House in which the story follows a down-on-his-luck ex-Secret Service agent who becomes America's only hope when 1600 Pennsylvania Ave. is taken over by terrorists.
Probably the main cinematic treat this weekend was the second super exciting trailer for Ridley Scott's sf flick PROMETHEUS which will appeal to all of those 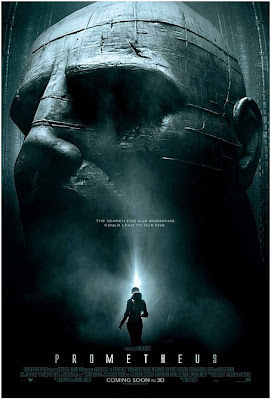 who grew up with his ALIEN films, since this one is a sort of a prequel in which the famous director returns to the genre he helped define. With PROMETHEUS, he creates a ground breaking mythology, in which a team of explorers discover a clue to the origins of mankind on Earth, leading them on a thrilling journey to the darkest corners of the universe. There, they must fight a terrifying battle to save the future of the human race. The cast of the upcoming summer blockbuster which opens up in cinemas June 8th includes mind blowing trio Charlize