SECOND HILARIOUS TRAILER FOR "WHAT TO EXPECT WHEN YOU'RE EXPECTING"! ELLE FANNING IS PRINCESS IN "MALEFICENT"? JESSICA ALBA IN "A.C.O.D."! "GNOMEO & JULIET: SHERLOCK GNOMES" SEQUEL

Have you noticed that Saturday is usually the day for fairy tale news? As "MovieWeb" reports, Disney's live action fairy tale MALEFICENT 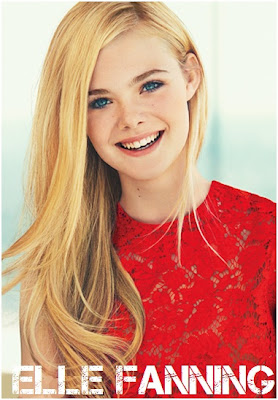 might get young Elle Fanning (she is just thirteen years old) as princess Aurora. As you remember from our previous posts, the film will be the adaptation of the famous SLEEPING BEAUTY but this time it will be told from the Evil Godmother's perspective. Angelina Jolie has been attached to the main role for a few years now and she probably won't have any problems showing her natural villainous side in the film. The screenplay has been written by the scribe of ALICE IN WONDERLAND. We've seen little Fanning last year in the flop WE BOUGHT A ZOO and in SUPER 8.

We haven't seen much of Jessica Alba lately, but in one of her future gigs she will appear in A.C.O.D. the film which centres on a grown man (Adam Scott) who was forced as a child to be the adult of the household when his parents were going through their divorce. He tries to keep his bitter family together when his younger brother unexpectedly announces he's getting married. The title is an acronym for Adult Children of Divorce. According to "Deadline" animated film GNOMEO & JULIET, which earned almost $200 million around the world last year, will get its sequel GNOMEO & JULIET: SHERLOCK GNOMES in which the two of them will hire "the greatest ornamental detective" Sherlock Gnomes, when gnomes start disappearing from their lawns. Emily Blunt and James McAvoy are expected to lend their voices again, and Elton John will again compose the music.
The second trailer for upcoming ensemble comedy WHAT TO EXPECT WHEN YOU'RE EXPECTING has been released this week and you must watch it since it is extremely hilarious :) and strangely, just like the first one, it doesn't really feature the pregnant ladies from the cast but all the funny fathers dealing with their newborns. Opening May 18th and starring Cameron Diaz, Jennifer Lopez, Brooklyn 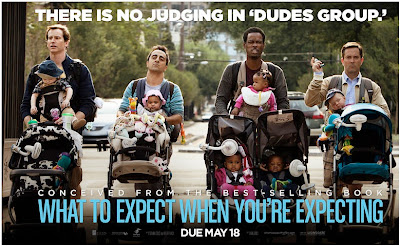 Decker, Anna Kendrick, Joe Manganiello, Rodrigo Santoro, Matthew Morrison, Elizabeth Banks, Dennis Quaid... the film is based on the 16 million copy best-selling book, bringing a modern look at love through the eyes of four interconnected couples experiencing the thrills and surprises of having a baby, and ultimately coming to understand the universal truth that no matter what you plan for, life doesn't always deliver what's expected.
Posted by DEZMOND at 12:00 AM