All of you who liked SILENCE OF THE LAMBS and other films on Hannibal Lecter will probably watch HANNIBAL TV show which is being prepared over at NBC. Their television adaptation of RED DRAGON novel by Thomas Harris will have a story revolving around the budding relationship between FBI agent Will Graham and his mentor Dr. Hannibal Lecter. The new update is that always delightful Hugh Dancy has been now cast for the role of Will Graham, while Lecter is yet to be found. The show is being produced by Bryan Fuller most famous for PUSHING DAISIES. We've seen Dancy before in ELISABETH I, CONFESSIONS OF A SHOPAHOLIC, ELLA ENCHANTED, KING ARTHUR. He is also known as the husband of Claire Danes.


HOLLYWOOD SPY HEADLINES
One of the upcoming films which has been getting quite an interesting cast is definitely HANDS OF STONE, set for 2013, a story which will follow the life of boxing legend Roberto Duran, who made his professional debut in 1968 as a 16-year-old and retired in 2002 at age 50 losing only a few fights in his whole career. In June 1980, he defeated Sugar Ray Leonard to capture the WBC welterweight title but shocked 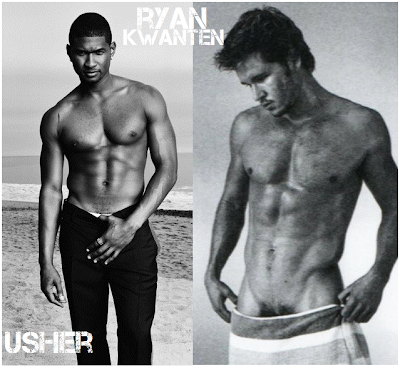 the boxing world by returning to his corner in the November rematch, saying 'no mas' (no more). Their fight is considered one of the greatest mysteries in the boxing history. Now listen to this: Gael Garcia Bernal will play Duran, r'n'b star Usher is set to play Leonard, Al Pacino will play his trainer, while TRUE BLOOD star Ryan Kwanten will play one of Duran's English rivals in the ring.
Your trailer for today, my little freaks, is the first teaser for the movie adaptation of Stephenie Meyer's THE HOST.  Coming to cinemas 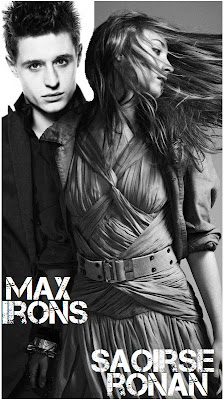 in a year (March 2013) the film brings a sf story in which our world has been invaded by an unseen enemy. Humans become hosts for these invaders, their minds taken over while their bodies remain intact and continue their lives apparently unchanged. Most of humanity has succumbed. When Melanie, one of the few remaining wild humans is captured, she is certain it is her end. Wanderer, the invading soul who has been given Melanie's body, was warned about the challenges of living inside a human: the overwhelming emotions, the glut of senses, the too vivid memories. But there was one difficulty Wanderer didn't expect: the former tenant of her body refusing to relinquish possession of her mind. The lead roles are portrayed by Saoirse Ronan and Max Irons (who was shockingly horrid in RED RIDING HOOD) alongside Jake Abel, Diane Kruger, William Hurt.
Posted by DEZMOND at 12:00 AM