EXPECTATIONS and Jude Law and Aaron Johnson's ANA KARENINA, one of the upcoming classic novel film adaptations is THERESE RAQUIN as well. As you know it is based on the famous novel by Emile Zola, in which Elizabeth Olsen plays the title character, who is trapped in a loveless marriage to her sickly first cousin, Camille (Tom Felton), and living with his mother (Glenn Close). She begins an illicit love affair with Camille’s friend Laurent, which leads to a tragic outcome for all three. Now, the latest update from "Deadline" is that Oscar Isaac (ROBIN HOOD, SUCKER PUNCH, AGORA) has won the role of Laurent. It is interesting that Kate Winslet was for a long time set to play the title role, and later on Jessica Biel was in plan together with Gerard Butler as Laurent.


HOLLYWOOD SPY HEADLINES
According to "Deadline" Warner Bros. has bought movie rights on FOURTH REALM trilogy. This fantasy dystopian saga has been written by John Twelve Hawks. The studio will start right away on 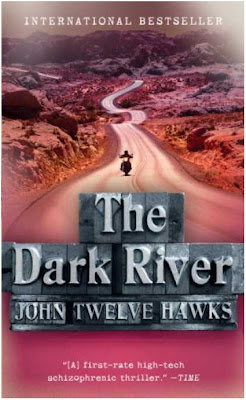 "The Traveler", the first book in the series. The novels are set in the near future, and reinterpret history as a battle between the forces of control. There is the Tabula, which manages society through constant observation, and the Travelers, a nearly extinct group of people who can project their spirit into other dimensions. The series continued with the novels "The Dark River" and "The Golden City". They’ve been published in 25 languages and sold more than 1.5 million books. The author is known for being extremely mysterious, nobody knows his real name nor identity and he communicates with publishers and media only by email or by untraceable satellite calls for which he uses a voice scrambler.
We've had a spotlight on delightful and inspiring film yesterday, but here's another deeply inspiring film, the one which can bring hope to your heart and warmth into your souls. Currently in cinemas, MUSICAL CHAIRS is set against the exciting backdrop of competitive ballroom dancing, 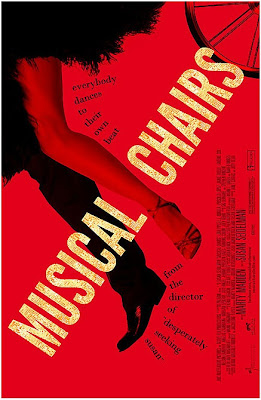 following Armando, a Bronx-bred Latino who aspires to be a dancer but whose only way in is as handyman at a Manhattan dance studio, and Mia, an Upper East Side princess who is the studio's star performer. Though worlds apart, their shared passion for dance promises to bring them together until a tragic accident changes Mia's life forever, and she finds herself wheelchair bound at a rehab facility, with her dreams of a dance career shattered. Fortunately, Armando has enough dreams for both of them and, when he hears about a wheelchair ballroom dance competition that will soon be held in NY, he sees a way to return something to Mia that she thinks is lost forever. At first she is reluctant, wheelchair dancing, though highly popular overseas, is something she never even knew existed. But, with the help of several other patients at the rehab center, Armando organizes an intense training program that will bring them all center stage and in the spotlight. The prize is irrelevant; what they really stand to win back is their zest for life.
Posted by DEZMOND at 12:00 AM