It's a very slow day today in the film news world, people, so I only have two trailers for smaller films to show you today. The first one is for DreamWorks

Pictures drama PEOPLE LIKE US (previously known as WELCOME TO THE PEOPLE), a story about family, inspired by true events, starring Chris Pine as Sam, a twenty-something, fast-talking salesman, whose latest deal collapses on the day he learns that his father has suddenly died. Against his wishes, Sam is called home, where he must put his father's estate in order and reconnect with his estranged family. In the course of fulfilling his father's last wishes, Sam uncovers a startling secret that turns his entire world upside down: He has a 30-year-old sister Frankie (Elizabeth Banks) whom he never knew about. As their relationship develops, Sam is forced to rethink everything he thought he knew about this family, and re-examine his own life choices in the process. The cast also includes Olivia Wilde and Michelle Pfeiffer and the film hits cinemas this June.

HOLLYWOOD SPY HEADLINES
You know that HOLLYWOOD SPY is excited about the 300 prequel 300: BATTLE OF ARTEMISIA which will go back ten years in the 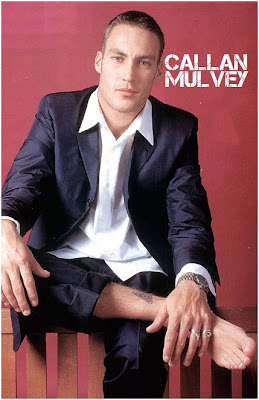 past describing the rise of Persian king Xerxes and his battle against Greeks at Artemisia. As you know Australian hunk Sullivan Stapleton has been cast as the Greek general Themistocles, while Eva Green will probably take the role of the evil sorceress Artemisia who convinces Xerxes to go into battle. Rodrigo Santoro will probably return as Xerxes and the new addition to the cast is Australian hunk Callan Mulvey whom my readers from Down Under and a lot of those in Europe remember from our teen years when we watched him as Drazic in famous teen series HEARTBREAK HIGH (which unlike most US teen shows, wasn't crappy nor superficial, but it followed tough life and real problems of kids alienated in today's world).
The second trailer is for THINK LIKE A MAN, a delightful comedy based on Steve Harvey’s best-selling book "Act Like a Lady, Think Like a Man" in which 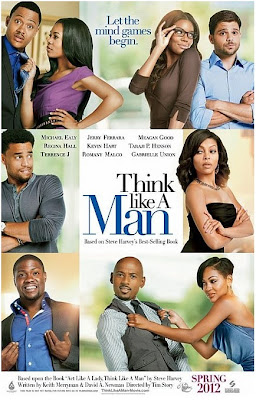 the story follows four interconnected and diverse men whose love lives are shaken up after the ladies they are pursuing buy Harvey’s book and start taking his advice to heart. When the band of brothers realize they have been betrayed by one of their own, they conspire using the book’s insider information to turn the tables and teach the women a lesson of their own. The cast stars Taraji P. Henson, Morris Chestnut, Arielle Kebbel and always delightful Chris Brown... but it is interesting that the soundtrack to the movie will gather all the biggest r'n'b stars from Ne Yo and Keri Hilson to Luther Vandross, Kelly Rowland, Jennifer Hudson and John Legend.
Posted by DEZMOND at 12:00 AM